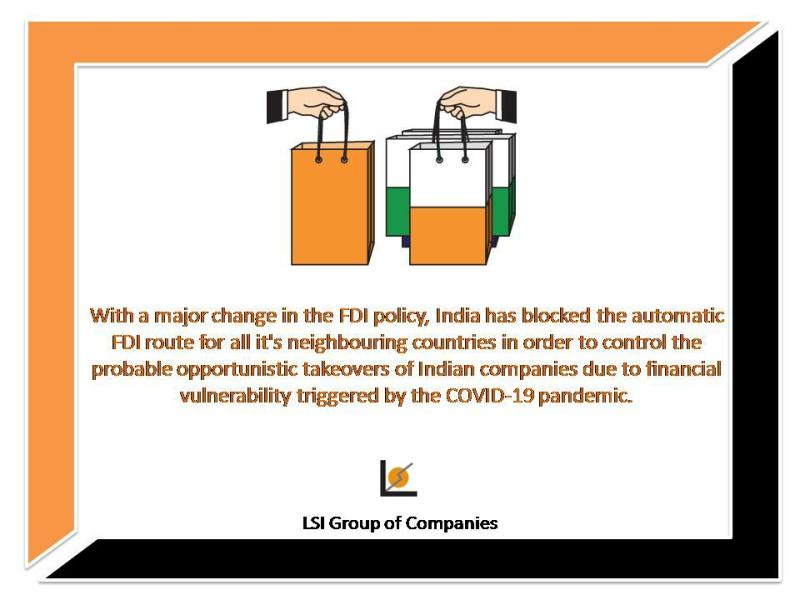 Through the automatic route, the Foreign Direct Investment (FDI) in India was allowed from other countries without prior approval by government or Reserve Bank of India.

As per the current mandate all the countries who share land borders with India, can invest here with proper government approval.

A significant share of FDI comes to India under the automatic route. Thus, this decision can reduce the FDI inflow of the country to some extent. However, the current crisis also indicates about a growing worry that reputed corporate giants of neighbouring countries might acquire Indian companies by exploiting their financial vulnerabilities. Hence, this step of the government is seen as an effort towards protecting the health of the domestic companies and the economy.