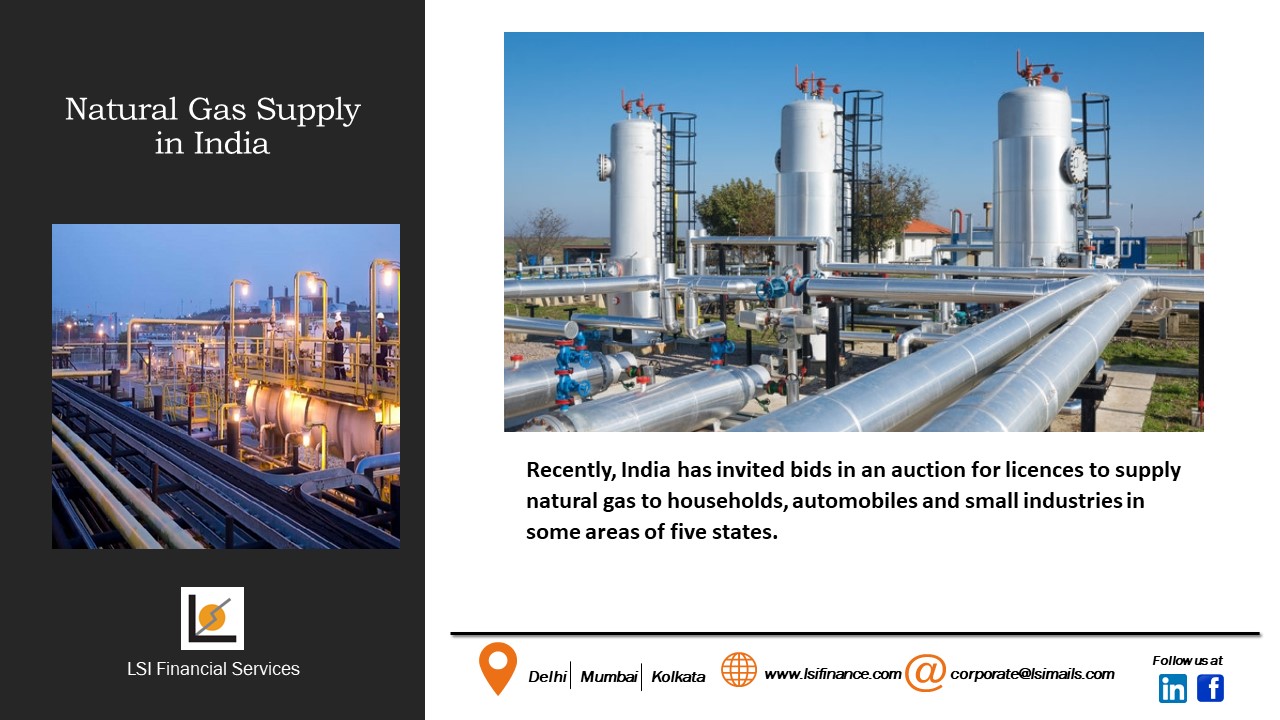 India, the world’s third-biggest emitter of greenhouse gases, is currently on the verge to reduce carbon emissions. Recently, the country has set a target to reach a net-zero carbon emissions level by 2070.

Despite being a fossil fuel, natural gas emits lesser Carbon-dioxide than coal, the maximum used fossil fuel in the Indian economy. Now, a target has been fixed for natural gas to increase its share to 15% by 2030 in the total energy consumption of India from the current 6.2%.

The Petroleum and Natural Gas Regulatory Board has also recently made their approach to submit bids for City Gas Distribution (CGD) authorisation for areas offered in the states of Bihar, Jharkhand, West Bengal, Uttar Pradesh, and Chhattisgarh.

The board has so far awarded CGD licenses for some areas of 27 states and union territories covering 70% of India’s population and is in the process of finalising winners for its previous round, in which 26 entities had submitted bids for 61 geographical areas.

After this bidding process, about 88% of the country’s area will be authorized for the development of the CGD Network, providing access to natural gas to about 98% of India’s population.