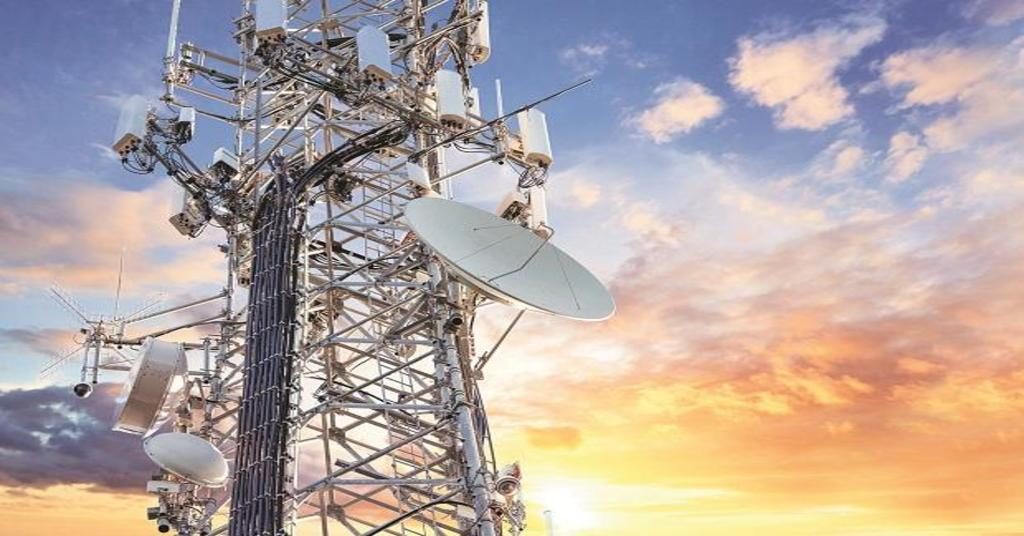 Causes of disruption in the Indian Telecom Sector

Home » Causes of disruption in the Indian Telecom Sector

India is a country with Crores of potential phone users. With telecom subscribers of more than 110 Crore as of Dec’19, the industry is regarded as the second-largest telecommunication market in the world.

The overall telecom subscription has grown at a CAGR of 7.63% between Dec’09 to Dec’19 in India. The overall teledensity of the country which was 47.89% in Dec’09 increased to 88.57% in Dec’19. The wireless telecom services have increased at the CAGR of 3.22% whereas the wireline services have declined at the CAGR of -5.38% between that same time period. The subscription rates in the rural and urban sectors have grown at the CAGR of 1.01% and 6.19% respectively between Dec’09 to Dec’19.

With the expansion of technological innovation, the usage of the internet, and smartphones have also grown massively in the country. The internet subscription rate has increased at the CAGR of 21.82% between Sep’13 to Sep’19. Being the 2nd largest populated country with more than 130 Crore people and 42% share of youth in it, a tenacious environment of adopting new technologies, availability of smartphones at various price ranges, internet at cheaper cost packages are some of the basic reasons for the growth of the internet in India.

Entry of any telecom company with appropriate features to such type of fast-growing market will always be promising. However, the growing tension in the Indian telecom sector nowadays is actually featuring some different scenarios.

In October’19, a Supreme Court judgment was declared which ordered Vodafone Idea, Bharti Airtel, and some other telecom companies to pay the total dues worth of INR 147.70 Thousand Crores to the government.

Why the announced amount of telecom dues are so high?

Behind this strict decision of the Supreme Court and the massive burden of dues, there is a long-run-running dispute between the telecom sector and government in the last 14 years.

The National Telecom Policy (NTP) was launched in 1994 in India with the aim of providing a global standard of quality of service. Prior to the implementation of this policy, the telecom services in India were extremely poor. The teledensity was 0.8 per hundred persons compared to the world average of 10 per hundred persons.

Under this NTP 1994 mechanism, Telecom Companies (Telcos) were allowed to enter the market in exchange for a fixed license fee. However, the Telcos found it quite difficult to pay the exorbitant license fees. Besides, the revenue earned by the Telecom Service Providers (TSP) was much lower than the expected return during that initial phase.

Hence, in 1999, National Telecom Policy -1999 or NTP -99 came up with modifications. It introduced the concept of “Revenue Sharing Regime”. In this new process, the Telcos only needed to provide a certain share of the Adjusted Gross Revenue (AGR) as license fees. Through a migration package, it was possible for the Telcos to shift from the “Fixed License Fee Format” to the “Revenue Sharing Regime” which started to get effective from August 1999. As per the migration package, the licensees needed to pay a one-time entry fee and licence fee at a percentage of the AGR which was to be determined later on. In 1999, 15% of the AGR was fixed to be shared with the government which was reduced to 8% in 2013.

Now, the current controversy is all about the license condition which the Telcos signed on. At that time, the agreement was in draft format and was supposed to be consulted with the Telecom Regulatory Authority of India (TRAI) before the finalization. However, it never happened and the draft became finalized. During the time of transition, the concept/definition of AGR remained different in the eyes of both the government and the Telecom Service Providers.

What are the distinct theories of AGR to the Government and Telcos?

The revenue-sharing regime turned out to be beneficial for the telcos. A glimpse of their revenue earning pattern can be understood from the following chart (Exhibit -3). Between Q2’FY10 to Q2’FY20, the Gross Revenue and the Adjusted Gross Revenue have increased at the CAGR of 4.44% and 2.52% respectively.

However, the conflict started when the government claimed their shares from the telcos with their rising business graphs. Due to the rising demand from the government, the Association of Basic Telecom Operators and respective telecom operators filed a case petition before the Telecom Disputes Settlement and Appellate Tribunal (TDSAT), New Delhi in 2003, and understanding of AGR of both the parties got unveiled. In 2006, the tribunal rejected the concept of the Central govt about absorbing the stipulated share of AGR from all the core and non-core earnings of the Telcos but in mid-2006, the Union of India challenged this order.

And that is how the doldrum of the civil appeals continued.

In Oct’19, through the Supreme Court verdict, the concept of AGR got uncovered publicly. The turmoil generated from this dispute now has caused the Indian Telecom sector to pay up INR 147.70 Thousand Crore to the government. The Government’s definition of AGR includes License Fees, Interest on License Fees, Spectrum Usage Charge, Penalty, Interest on Penalty. The concept of spectrum in the telecom industry is about the radio frequencies which are allocated to the sector for making communication or connectivity possible over the airwaves.

Based on the agreement, The License Fee and Spectrum Usage Charges were set at 8% and between 3% – 5% of AGR respectively.

Apart from the Telcos, a few non-telecom companies have also become the victim of Supreme Court orders because of having telecom licenses. It has been said that they have such licenses because of their own network use but not for providing telecom services to others.

Under such situations, the outgo of such a huge amount from any of these companies is definitely going to affect their revenue and will create distress in the coming days. Oil India and other PSUs had already filed a clarificatory petition before the Supreme Court.

Deadline set by the Government and Payment Collection till now:

The Telcos were unable to pay up their dues on January 23rd, 2020 which was previously fixed as the deadline followed by another date on 14th February 2020. Failure in the payment process will cause the directors of the Telcos to be present before the bench at the next hearing on March 17, 2020. However, a certain share of dues has been paid by some of the telcos, the details are as follows:

Does the estimation defined by DoT (Department of Telecommunications) require further enquiry?

The company-assessed AGR figures have come up to be totally different. In most cases, it is significantly lower or half than the amount calculated by DoT. A glimpse can be seen as follows:

The calculation procedures are said to be based on the Supreme Court verdict but the errors like duplication of a few indicators could be the reason behind this. Deletion of such items will reduce the total AGR amount remarkably as the interest and penalty amount on such items will also go down.

Moreover, the government is also expected to be doing its own “test check” for reverifying the AGR amount. The tests are said to be started with those companies which have claimed and are also on the verge to make their final settlement towards accomplishing the statutory liabilities. The exercise is required and expects to find out the modified and reduced amount of AGR. According to a recent government statement, it would take at least six months to assess the self-assessment of the companies related to AGR.

Effect of Supreme Court Judgement on the Telecom Sector:

It seems like the Supreme Court ruling is all set to collapse the Indian telecom companies along with the internet service providers, satellite communication providers, cable operators, and even companies in the power, steel, and railways sector. Without any kind of relief operations from the government, it might be impossible for the telcos to pay up such a huge amount in such a short time span. The strict decision can cause a few Telecom Service Providers to discontinue their operations which will impact all types of stakeholders of the telecom industry.

The situation of some of the Telcos can be understood from the following charts.

Though the current debts are showing a stressed status but the role of Vodafone and Airtel has been significant in the past decade for the development of the Indian telecom sector. After the Supreme Court announcement, both Airtel and Voda announced their losses in Nov’19. Both the companies might have been setting aside money for paying up the statutory dues and these loss figures are the reason behind this.

Among the three telecom giants, the situation of Vodafone seems to be the worst. The recovery of Voda might be a lengthy process. Though the company has filed curative petitions for extending the deadline if they cannot gather additional funds during that period then the situation will be more critical and might cause Voda’s exit from the industry and hence the country.

Apart from the AGR dues, which reasons are causing the sector to be saddled with debt?

The investment towards capex deployment is exorbitant whereas the telecom tariff of India is also the lowest in the world. It has dipped the Average Revenue Per User of the Telcos.

After the Vodafone-Idea merger, it was expected that with new commercial planning and joint branding policy, the conglomerate would be India’s largest telecom company. However, in the background of intense price competition, it did not happen and the numbers of Vodafone-Idea subscribers declined.

What is the way ahead?

Being a crucial part of the economy, the telecom industry requires to be dynamic but the stressed condition of the telcos is causing them to earn lesser revenue. Jobs are getting lost and some companies are facing a complete shutdown which will ultimately affect the customers and the overall telecom sector.

Shutting down of any telecom company will cause the absence of adequate competition in the market-leading to a hike in telecom service packages.

The current situation requires the Department of Telecommunication (DoT) and Telcos to sit together and discuss the best possible ways of action which will be relieving for the telecom industry and favourable for the mass. A considerate step from the government can help the sector to recover.

Without such kind of government intervention, it would be tough for the telecom industry to get rid of the current debt-ridden situation and explore the potential of future technologies like 5G, artificial intelligence, and the internet of things in the coming days strengthening the economy.