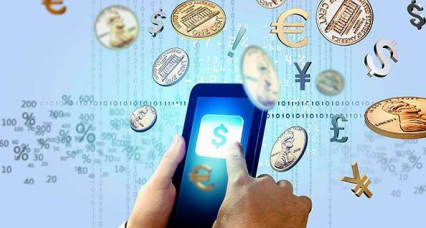 Heraclitus, a 6th century BCE Greek philosopher, propounded that “change is the only constant.” Although it is difficult to deduce whether the banking scenario in ancient Greece played any part in this observation, the modern banking sector, since its inception in 17th century England, has proven to be the strongest testimonial of this theory. Following suit, the Indian banking landscape, too, went through its fair share of tumult. However, what our traditional bankers failed to foresee is the sudden upsurge of the new-age Nimble FinTech companies that has caused serious disruption across the Indian banking sector over the past 3-4 years.
What brought these FinTech companies under the spotlight in India was the demon named demonitisation. On November 8th 2016, the Narendra Modi Government announced an overnight implementation of its demonitisation policy, forcing several non-millennials to opt for cashless mobile payment methods. Both Paytm and Mobikwik claimed to witness huge boosts in wallet balance top-ups and bank transactions around this time. And to give this trend a little nudge the Government launched its very own payment app, Bharat Interface for Money (BHIM), built on India’s Unified Payment Interface (UPI) that allows consumers to send and receive payments from any bank.
A couple of years ago, Reserve Bank of India Deputy Governor SS Mundra had observed that the rapid pace at which the crowd funding platforms have been raising funds when combined with the peer-to-peer lending business could create substantial problem for the brick-and-mortar banks. Maintaining his stance on the issue, earlier
this year Mundra stated that it might make business sense for the traditional banks to join hands with some of the efficient FinTech players.
In a very recent statement, State Bank of India’s new chairman Rajnish Kumar expressed his concern about the disruption that is being caused by technology in the banking sector. Kumar believes having a dominant market share does not afford them the luxury to be complacent. Rather, SBI needs to come up with a steady plan of action in the face of a rising FinTech ambiance in order to maintain its position in the market.
Nevertheless, it hasn’t been an all guts all glory story for the FinTech players either. Until a couple of years ago, these user-friendly mobile wallets like Paytm and Freecharge, armed with high-end easy-to-use technologies were the order of the day. In 2017, however, Paytm Payments Bank has reported a loss of Rs.30.7 crore while Mobikwik’s loss widened to Rs 109 crore for FY16. The sudden surge in mobile wallet transactions post demonitisation from 169.32 million in November 2016 to 213.11 million in December 2016 also saw a rapid fall, dwindling by 99.24 million in June 2017.
Moreover, the banks are firing on all cylinders to keep abreast of their techie counterparts. They are smartly using the leverage they have over these FinTech players by unveiling payment products and digital accounts like they have never before. SBI has recently launched its very own mobile wallet called Buddy, hence regaining its number one position in mobile banking, and is all set to uncover a new mobile app Omni Channel. According to Dipak Gupta, joint managing director, Kotak Mahindra Bank, they are doing everything a wallet does but wallets cannot do anything more than the bank so there is no economic model for the wallet.
This does not, however, imply that the whole FinTech sector is on its way to hit rock bottom. Realising the need to ramp up their technology, several Banks are preparing to back FinTech start-ups, providing them with a scope to build proof-of-concept and scale in exchange for technical solutions. State Bank of India, Kotak Mahindra Bank, HDFC Bank, ICICI Bank, Yes Bank and RBL Bank are some the top lenders who are gearing up to enter this space.

SBI is all set to build an innovation centre at Belapur in the satellite city of Navi Mumbai. Spanning across an area of 15,000 sq. ft the centre will not only house Fintech start-ups but also the rapidly rising RegTechs in order to tackle latest technologies. Kotak Mahindra, too, has set up an Innovation Lab in Bangalore. Deepak Sharma, the bank’s Digital Officer stated that the lab will be a dedicated space to partner with FinTech start-ups.
Does this mean a slowly dwindling road awaits the already established FinTech companies? Not yet, because much like the bankers the techies have also realised that collaboration rather than competition is the way forward. Indepay Networks, which has been successfully operating in Indonesia since 2015, while recently announcing its decision to enter the Indian market chose to work in collaboration with the State Bank of India and the DBS Bank rather than as a stand-alone entity. But in a more advanced move, on July 27, Axis Bank, the country’s third-largest private sector lender, acquired FreeCharge for a lump sum amount of Rs 385 crore.

Axis Bank might be the first off the blocks of what appears to be a soon-to-become business trend. According to Abhizer Diwanji, partner and national leader, financial services Ernst & Young, in India data is scarce so the most lucrative asset of these FinTechs is their database, which banks cannot necessarily access on collaborating with them. As a result, banks might be willing to pay a significant amount for companies which have a substantial customer base and have conducted some data analytics. Therefore, acquisitions will be the initial approach which will later change to collaborations.