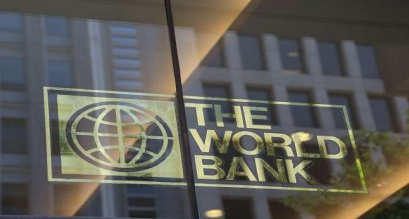 The Ease of Doing Business in a “Modi-fied” India

In 2014, when the present government came into power, the Prime Minister had proclaimed his goal to move the Nation up on this World Bank generated index from its 142nd position to the top 50. Given this is the highest jump made by a country in the DB rankings, it appears that the Indian government is eaded on the right track to achieve its goal.

So how exactly does this index work and what parametres are taken into consideration in order to rank these economies? The World Bank follows an Empiricali method of research for which data is collected from over 12,500 experts comprising government officials, lawyers, business consultants, accountants and other professionals. The data is then subjected to several rounds of verification and the results are interpreted and cross-checked before they are included in the report. The study is mainly based on regulations directly affecting businesses. The 10 indicators which are taken into consideration are:

Among these, India has managed to display remarkable improvement on four parameters including
Paying Taxes, Resolving Insolvency, Access to Credit and Protecting Minority Investors.

Source: Doing Business 2018, The World Bank, LSI Research
Russia, with its 35th position, topped the list of BRICS countries while China retained its 78th place.However, South Africa deteriorated to 82 from 74 last year and Brazil came in last with its 123rd rank.India is the only BRICS nation to feature among the most improved economies.

So does India’s big jump on the DB index mean that things really have turned around for business aspirants in the country? Not if we follow Captain Amol Yadav’s story, who built a six-seater aircraft on his rooftop. Even though Yavad’s project has been backed by the Maharashtra government, having been featured on the ‘Make in India’ programme, the Directorate General of Civil Aviation is far from ready to let this project fly.

As unfortunate as it may sound, it appears that India’s 30 places leap does not say much about the actual business scenario in the country. A study by Mary Hallward-Driemeier of the World Bank and Lant Pritchett from Harvard University in 2015 compared the DB reports with that of World Bank’s Enterprise Surveysii. They observed that answers to the same questions were quite different in the two reports. For instance, as per the 2014 Doing Business report, getting a construction permit in India took 180 days while the Enterprise Surveys report for the same year deduced that the time frame can actually range from anywhere between 1 day to 365 days, which proves the difference between de jure and de facto rules in the country.
What further questions the effectuality of this survey, are the scores of two fellow BRICS nations. Russia, one of this year’s highest gainers, with its 35th rank was way ahead of China, which stands at 78. In fact, China has been consistently performing low on this particular index for the past three decades. This, however, does not change the truth that over the years China has evolved into the largest industrial base in the world, manufacturing products not only for Americans and Europeans but also us Indians.

Not an All Gloom Business Story

Nevertheless, the seeming incompetence of the DB report does not necessarily imply that India’s big leap on the index adds no value to the country’s business situation. Many leading economic experts have lauded the Indian government for such a significant improvement. They believe this rank will act as a catalyst in boosting investor sentiment, both domestic and foreign, which has already been instigated by a strengthened inflow of Foreign Direct Investment (FDI) under the present government that improved to $44.46 billion in 2016 from $28.15 billion in 2013.

Source: The World Bank, LSI Research
Moreover, the wave of policy changes in a ”Modi-fied” India are not to be ignored. Over the period of its governance, the ruling party has predominantly focused on positioning India as a global manufacturing hub and a nation all for Start-ups. Currently, the Indian startup network comprises a group of young innovators and problem solvers who amassed $3.6 Bn in funding in the third quarter of 2017, thanks to initiatives like Make in India and Start-up India. According to the Department of Industrial Policy and Promotion, since the launch of Start-up India about two years ago it has provided $242.7 Mn (INR 1,587 Cr) in funding to startups while offering more than $198.8 Mn (INR 1,300 Cr) for setting up different types of infrastructure.
However, the very well-played trump card was the introduction of the Goods and Services Tax (GST), the impact of which was not accounted for in the 2017-2018 DB report, given it was introduced on July 1, 2017. The GST was introduced in an attempt to bring the vast economy under a single unified tax regime. Even though the Indian economy momentarily slowed down to a three-year low during the first quarter of 2017 impacted by the implementation of GST, it has managed to swing back to growth of 6.3% in the second quarter, boosted by robust manufacturing.

Both economic experts and the Present government are looking forward to the nation reaping benefits of the GST in the near future. The government especially, is depending on the GST rollout to ride up the EoDB index next year. However, experts are of opinion that it all boils down to proper implementation of the GST while reforms adopted by other countries will also play a crucial part in deciding India’s fate in next year’s report. Hence, whether India will near the Prime Minister’s aspirational 50th rank in the 2018-2019 report remains a wait and see story.