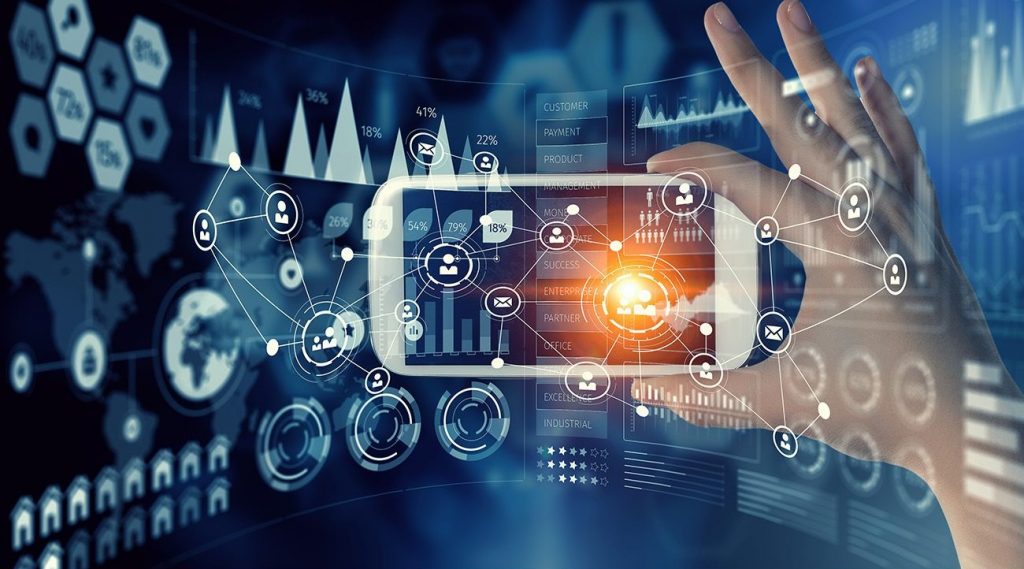 Fintech also known as financial technology is the imposition of digitization and several other technologically advanced services in the financial services industry including the banking sector. Like any other developed and developing economies, the banking system in India is not a new concept. The timeline of the banking structure can be defined as follows:

Bank of Hindustan is considered as the first bank of India established in the year 1770 and continued to be operative till 1832.  However, there are multiple banks which were established during that period and still performing successfully in the current phase. Allahabad Bank (Estd. 1865), Punjab National Bank (Estd. 1894), Bank of Baroda (Estd. 1908) etc. are the examples of such banks. State Bank of India, the Indian multinational public sector and financial sector statutory body had also been originated from the Bank of Calcutta (Estd. 1806), Bank of Bombay (Estd. 1840), Bank of Madras (Estd. 1843). These three banks became merged into a single entity in 1921 and started to be known as Imperial Bank of India. After the independence, the Government of India took the control of this bank in 1955 and it became renamed as State Bank of India.

14 and 6 banks were nationalised in the 1969 and 1980 respectively by Indian Government with an agenda of keeping the banking assets under the control of state. Hence, the banking system became accessible to rich-poor, rural-urban and banked-unbanked areas and the deposited funds started being used in multiple sectors (e.g. agriculture, small and large village industries etc.) for their expansion and also in various government programmes for achieving long term economic development.

By traditional banking system basically we mean the accomplishment of most of the banking operations through the active presence of customers. Whether it is about opening a bank account, withdrawal or deposit of money, clearance of cheques, starting or closing of several types of investment etc. all things were supposed to be done by the physical presence of the customers. Since its origin, the Indian banking system have been operative by playing these rules of traditional banks. Till the 70s, all the documentation in the banks used to take place through papers. However, with the increasing need of a systematic transaction, data management, calculation accuracy, and improved customer service, computerization was introduced in the Indian banking system in the 80s.

The private and foreign banks appeared in the Indian economy with their updated banking technologies back in the 90s when the reform of Indian economy took place. It influenced the existing Indian banks to modify their operational procedures to become more flexible, self-sufficient and competitive at the global level and to establish a strong network in the banking sector. ICICI Bank was the first bank to use internet in India in 1998. Use of internet started to help the customers to operate their bank accounts virtually whenever and wherever they want.

The mentioned services are the examples of implementation of the technology in the banking sector. However, this technology in the finance sector, better to be mentioned as Fintech, appeared as a new industry with multiple features in India post 2010. The industry with a large number of companies, came up with the services like e-wallet or mobile wallet (an online device for monetary transaction), payment banking (system providing banking services on a smaller scale of amount without involving any credit risk), e-trading, peer to peer lending services, insurance, investment and personal finance management, loan services to the underserved and unserved people, Wealth & Brokerage management and many more.

According to a latest report, India is in the 2nd positions for having more than 2000 financial technology (fintech) start-ups just after United States at the global level. 42% of these fintech companies are concentrated in Bengaluru and Mumbai followed by New Delhi, Gurugram and Hyderabad.

Being the 2nd largest populated country with more than 1.3 billion people and 42% share of youth in it, a tenacious environment of adopting new technologies, increasing level of per capita income, availability of smartphones in the market at various price ranges for all categories of customers, accessibility of internet at cheaper cost with versatile packages are some of the basic reasons for the emergence of fintech industry in India.

Besides, the urge of government towards a digitized banking system for the increasing cashless activities among the mass, targets to reach the people of rural, unbanked and remote areas for increasing the process of financial inclusion, rising interest of emerging talent with innovative ideas in the tech start-ups have also helped the fintech industry to grow massively. The presence and importance of fintech services felt prominently during the time of demonetisation happened in India in 2016.

Is it going to affect the traditional banking system in India?

The evolution of fintech industry has made the banking and financial procedures faster, smarter and smoother. Whether it’s a matter of fund transfer, issuance of cheque, loan applying, lodging any complaint, verification of customer data or updating any customer-based information and many more things have become easier. The current performance of the industry also assures about outstanding development of it in the coming years. Greater use of fintech not only increases the money transaction across the nation but also fastens the reach of banks and financial services with advanced technology at any place. Looking at its versatile features, several banks have also tied up with multiple fintech services for providing customers a flawless banking experience.

However, this needs to be mentioned that the majority people of the country still seem to be comfortable with the traditional banking system. The tendency to visit the bank and operate the account related activities physically, ease of communicating with the particular bank personnel for solving different issues, simplicity of regular cash transaction procedures etc. are still very much popular among the people. A lesser reach and awareness of digitized technology in the semi-urban, outskirts areas and among the non-working and aged people, absence of substantial active initiatives taken by bank for spreading digital literacy among the customers are some of the biggest reasons behind it.

Hence, cash transaction process is still dominating in the Indian economy, no matter how severe the experience of demonetization had been. Lesser knowledge of fintech activities make people anxious just with the thought of using it. Most of the people are still unaware of the terms like “Artificial Intelligence”, “Cloud Computing”, “Cryptocurrency” or “Bitcoin”. Besides, the evolving fintech industry also faces different challenges like data security for maintaining confidentiality, protecting information and mitigating risks, changing nature of regulations issued by central authorities for making the fintech procedures secure and many more.

For example, if we discuss about the effect of payment banking system in the Indian economy then the situation can be understood a bit. The idea of payment bank was originated to ensure the financial inclusion by providing payments services to all types of customers specially to the ones belong to the lower income households, workers from the unorganized sectors or live in rural areas. Opening up of current or savings account, maintaining zero balance account, issuance of ATM or debit card and associated services, mobile payment, fund transfers, net banking etc. are some of its special features. Airtel Payments Bank, Fino Payments Bank, Jio Payments Bank, Paytm Payments are the examples of some of the payment banks in India.

The idea of this banking model was licensed by the RBI for extending the banking services to those who are left unbanked by the traditional banking system. However, instead of its distinct characteristics, the service still went downhill recently. Unlike traditional lenders, payment banks cannot keep public deposits of more than Rs. 1 lakh with them. Besides, they cannot offer loan, credit cards, accept deposits from NRIs (Non- Residential Indians), set up subsidiaries for non-banking financial purposes and many more essential services. Otherwise, many times, the banking activities of several payment banks had been deactivated for being incapable to maintain the data security of the customers and for violating certain norms by opening account without the customers’ consent.

The payment banks are supposed to give a new edge in the fintech market and ensure higher growth to their customers with the smart services. However, the existing rigidities make their revenue stream limited and keep the process less appealing to the users. Absence of some mandatory banking services making the payment banking system incomplete and less reliable to the customers specially to the ones who are not that much accustomed with the digital banking system. The offerings of the payment banks are found to be so specific niche oriented that sometimes that the customers need to have another full-service bank account along with the payment bank account for fulfilling the banking needs. According to a report of RBI, the payments banks faced net losses of INR 5.2 Billion for the fiscal year 2018, which is almost double amount of the fiscal year 2017 when the loss was INR 2.42 Billion.

Fintech is a very much needed step toward modernization and it has tremendous growth potential in India. it is true that the people are being more digitized but proper knowledge, continuous practice, and right guidance from the specific authorities are mandatory for dealing with technologically advanced monetary transaction. Besides, the educated people also need to go up. Hopefully with time and suitable support people will get accustomed to this system and fintech industry will also be able to maintain the consumer expectations.