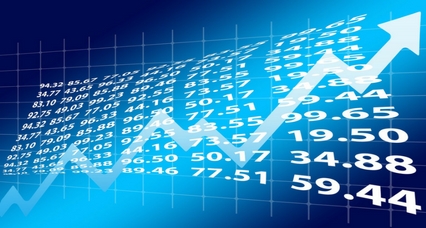 Federal funds rate or fed rate and emerging economies are always strongly correlated in a world where capital inflows and outflows are not regulated. After all, US monetary policy has strong binding on the liquidity in global money markets as well equity markets. It is a textbook economics to say that a hike in Federal funds rate will hurt emerging economies. This has been observed previously several times. In this article we shall check this interdependence in the perspective of the recent development. Let us go back a decade earlier.

August 2007, US financial market witnessed a massive burst in the subprime mortgage-backed security market. Quality of mortgages already touched the bottom. High delinquency rates pushed the situation to its brink. Significant financial distress was experienced across the board, in public as well as private financial institutes. Many global financial giants collapsed for their exposure to subprime mortgages. The crisis trickled down to other sectors too. Federal Reserve responded quickly and tried to improve short term liquidity into the system by extending term loans to banks and cutting down fed rate.

Quantitative easing (QE) in monetary policy was continued further to stabilize the economy as all the major economic indicators were going southward. It was the worst financial crisis since the Great Depression of 1930s and impacted all the major global economies and their emerging counterparts. By end-2008, fed rate went down to as low as 0.25%, which is effectively zero, and stayed there till end-2015.

How does the fed rate work?
It is now time to understand how the fed rates work within US and outside:

Due to liquidity easing in US, American economy slowly started bouncing back. After economic contraction in 2008, 2009 and 2010, it witnessed growth in 2011 and the trend continued (Exhibit 1). Low borrowing cost freed up excess funds to be invested in equity and debt markets within US and across the world. A considerable share of that “new found” liquidity got channelled into emerging economies as portfolio investments.

These were short to medium terms investments in nature and was trying to take advantage of the gap in interest rates between US and the emerging economies. For an example, during this period rate of interest in India was around 7% on secured securities and in sovereign bonds. This was a considerable gap to lure foreign portfolio investments. Same was the scenario in other emerging economies.

By the end of 2015, Federal Reserve decided to put an end to its accommodative monetary policy by increasing the federal funds rate for the first time since 2008. There were several reasons behind this decision.

To nip the chance of another financial crisis in the bud, Federal Reserve considered tightening money market slowly by increasing fed rate. Improving health of the economy gave Fed confidence. In 2015, federal funds rate was increased by a 25 basis points and in 2017 alone fed rate was revised upward 3 times; each time by 25 basis points. As per the Federal Reserve long term forecast, fed rate will be maintained upward with a long term target of 2.9% by 2020. As of December 2017, target fed rate is 1.25-1.5%. Federal Reserve is expected to raise the target rate more rapidly in coming days is the economy supports.

An end to quantitative easing in federal monetary policy was directly a bad news for all the emerging markets which enjoyed from the inflows of portfolio investments.
For evidence, just following the announcement of the end to monetary easing in US, emerging markets reacted sharply in December 2015. Nifty 50 in India suffered a decline of 8.27% within a month; similarly Jakarta, Brazil and Turkish benchmark indices suffered losses of, respectively, 17.6%, 18.54% and 24.19%.
It is important to understand what could be the implication on emerging economies in medium to long run if Fed continues raising it federal funds rate as per its declared policy.

However, in economics we often could not get straight answer to many situations. Recent QE tapering by Federal Reserve is more like that.

Recent performance in emerging equity markets shows not much downward tendency as it was expected, following the hike in fed rate. Both India and China performed well despite 3 straight hikes in fed rate in 2017. Many experts are commenting that major emerging economies have already decoupled their markets to a certain extent from the impact of hike in fed rate in coming years. Asset prices in these markets have also discounted upcoming and obvious fed rate hikes.

It is worthwhile to note that emerging countries, excluding China, witnessed a slippage of 1 percentage point in their aggregate annual credit-to-GDP ratio in 2016-17. The gap between aggregate credit to GDP ratio and its long term trend is also going down from its peak of 6.6% in 2015. It shows that these economies are confident[Business or investment?] to survive further hike in fed rate. So, we cannot simply deduce that monetary contraction in US will drain out capital from emerging economies and leave them gasping.

Besides, all emerging markets are not of similar type. They have different dynamics. For example, India and China are more sensitive to internal forces; while Mexico, Taiwan and South Korea is more susceptible to changes in developed markets. So, even if Fed continues with its targeted rates in coming years it will not be correct to ring the alarm unequivocally.