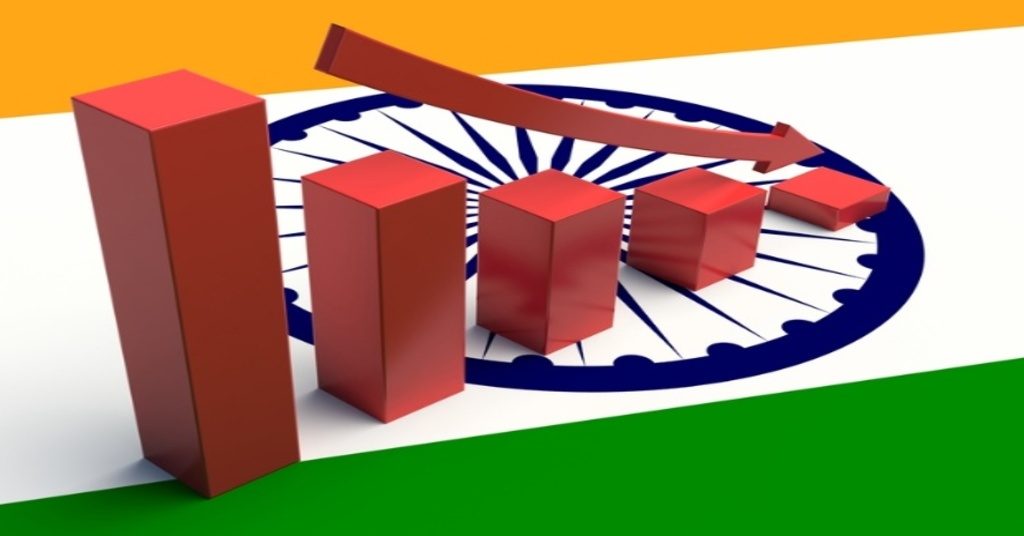 India, one of the exceptional performers in the global economy has come a long way since its liberalisation, initiated in 1991. Between 2000 to 2018, the nominal GDP of India has increased at a CAGR of 10.15%. However, analysis of indicators that makes up India’s GDP reveals the country has slowed down. In the recent Union Budget of 2019, the target of Indian economy to reach US$5 Trillion by 2024-25 has been announced. To fulfil this, the country needs to grow at a rate of 8% to 9% every year. However, according to the latest released data by the government, India is growing at its slowest pace in last five years. In FY18, the economy had grown by 6.8% and in the Q2 FY20 it expanded by just 4.5%.

The economic indicators associated with GDP like consumption, investment, import, export, government expenditure, inflation etc. can easily get affected with the change in consumer preferences, purchasing power, flow of credit, multiple policies and initiatives of the government, foreign trade and the performance of key industries in the economy.

Automobile: The Indian automobile industry has been facing a slowdown for many months now. Between April – October’19, the automobile industry registered a decline of 15.25% compared to the same time period of 2018. The Passenger vehicles, Commercial Vehicles, Three-wheelers and Two-wheelers decreased 20.22%, 23%, 6.15%, 15.92% respectively in April-October 2019 over April-October 2018.

General elections, liquidity crisis in the NBFCs, rising price of fuels, higher ownership costs, increased interest towards shared mobility, investments in public transport in all the major cities, flood in some key vehicle purchasing states, weak rural demand, change in the emission norms, and proposal for converting some present Internal Combustion Engine (ICE) technology to electric cars have been some crucial reasons for such a slowdown in the industry. Due to such stress factors, 1 million jobs have already been affected in the auto sector according to a report.

Real Estate: The rate of investment in the residential segment of the real estate sector has also continued to dip in Q3’19. According to a report, around INR 29.9 Billion worth of investment had been made in the sector in the first six months of 2019 as against INR 84.94 Billion in the year-ago period. The NBFC crisis and the series of incidents of bankruptcies leading to the cash crunch in the economy have slackened the demand in this sector. The enactment of RERA or Real Estate (Regulation and Development) Act since 2016 has also impacted the sector negatively. Moreover, huge inventories, decreasing range of savings of households and strict norms have kept home prices low across major Indian cities. Sustained price drop has also been witnessed in Mumbai, Pune, Chennai and Kolkata at 3 %, 4 %, 3 % and 2 %, respectively.

Industrial Sector or the Eight Core Industries: According to the recently released data by government, India’s core sector, which consists of eight crucial segments of infrastructure, contracted to 5.8% in October’19 compared to 4.8% in October’18. These core sectors account for 40.27% in the total industrial output. Hence, a contraction like this indicates nothing but a downturn in the production of overall industrial goods. Only the sectors of fertilisers and Refinery products have shown positive growth. Declining electricity generation due to lesser demand for heavy rainfall across the country, lesser manufacturing activities due to the festive period etc. have been cited as the major reasons for such slump.

Farm Sector: The agriculture sector in India is the largest source of employment in the informal sector. In FY19, growth in agriculture and allied activities was estimated at 2.7%, which is down from 5% in FY18.

Delayed monsoon or irregular and insufficient rainfall in some parts of the country, lack of irrigation facilities, price movement of the agricultural goods, lowering of minimum reserve price due to the glut in the market, problems of loan waivers are some of the serious issues which hindered the farmers to recover their input cost and realize decent profit. The sowing of crops has fallen by 12% as compared to last year. Moreover, the credit off-take and farm equipment sales have gone down in this sector due to the lower cultivation. According to a recent data, tractor sales were down by 17% in May’19 compared to May’18.

Banking and Financial Sector: The role of banking sector is always crucial in the economic progress.  The Asset Quality Review (AQR) process conducted by the Reserve Bank of India (RBI) in 2015 revealed the serious situation with the banking sector and it identified large numbers of NPA. Huge losses were declared resultantly in both the public and private sector banks. Between FY06 to FY18, NPAs in the Scheduled Commercial Banks (SCBs) grew at a CAGR of 25.08 %. However, after the implementation of IBC (Insolvency and Bankruptcy Code) in 2016, things started improving. In March’19 the gross NPA ratio declined to 9.3% against the 11.5% of March’18. Still the crisis has already impacted the whole economy negatively and further recovery will definitely take time.

Besides, RBI is cutting the repo rate in each quarter continuously. The agenda is to deal with the slowdown and maintain an accommodative monetary policy. However, this action might not help much unless the interest of the depositors is taken care of along with that of the corporate borrowers.

Meanwhile, the performance of Non-Banking Financial Companies (NBFC) has also worsened. The credit flow of banks to NBFCs has increased at a CAGR of 19.43% between September’14 to September’19. They are found to be struggling between liquidity crisis and insolvency. The spreading debt woes, credit squeeze, massive mismatch between assets and liabilities, collapse of large NBFC entities like IL&FS are affecting the flow of credit to Retail, Infrastructure and Small & Medium Enterprises (SMEs). A total number of 11 banks were identified by Reserve Bank of India for Prompt Corrective Action or PCA between February 2014 to January 2018 for not maintaining a desirable level of capital which restricts their business activity. Even though the measure targeted to help a weak bank to take corrective actions and restore its financial health, the lending activities contracted due to this.

As a result of the above sectoral activities, several economic indicators have been seriously affected. Some of them are as follows:

Decline in such overseas investment can seriously put pressure on the value of rupee. Though India’s amount of Foreign Exchange Reserves (FER) has not reduced due to this but appreciation of US dollars against the Indian Rupee (INR) is also a prime reason for hike in external debt. Between Jun’14 to Jun’19, the external debt in India has risen at a CAGR of 7.28%.

In order to fulfil the target of US$ 5 Trillion economy by 2024-25, the following measures may be implemented:

Finance minister’s recent announcement for the policies like dropping the contentious surcharge on foreign portfolio investors, doing away with the angel tax on start-ups, RBI’s approval for a pay-out of INR 1.76 Trillion to the government from its surplus and reserves etc. are some helpful steps for coping with the distressful economic condition. Hopefully, the proper execution of these and many other policies will help the economy to get back to a healthy growth trajectory soon.