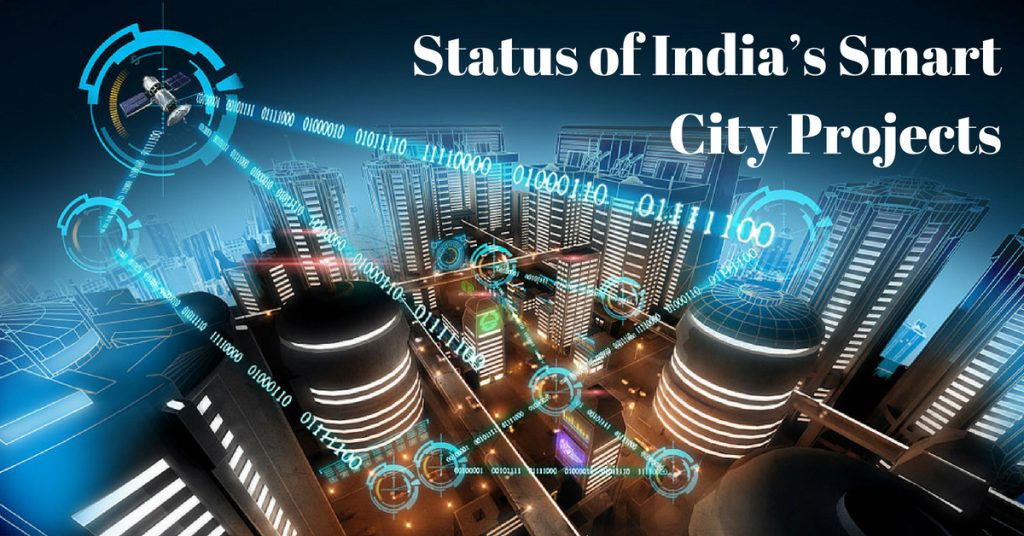 Being smart is about having information, understanding it and knowing what to do with that information. But when we think in the context of ‘smart city’, the whole concept seems a lot hazy.

Factually speaking there is no single way to define ‘smart city’; though across the world the idea of making cities smart is fast catching up. From Rio de Janeiro to our very own Bhubaneswar and Chandigarh; old as well as upcoming cities; all are struggling to make the urban civic experience smart. There are various ways to interpret the idea of ‘smart city’ and implementation differs accordingly. In India, Smart City Mission (SCM) was launched in 2015, nearly 3 years back, under the ministry of Housing & Urban Affairs. It makes sense to status check the mission.

The clarity: definition of Smart City

There are different ways to define smart city; a more mainstream definition is based on following 4 factors;

In the context of Smart City Mission, the standard accepted approach is to promote cities providing core infrastructure and offering decent quality of life for its citizens through clean and sustainable environment and application of smart solutions.

No doubt, Indian approach sounds all-encompassing and with wider scope beyond application of ICT in day to day management of operations and urban management.

As per the Mission plan, project completion deadlines are:

Implementation Status as of April 2018

From the figure shown below it surely looks like the mission has gained a lot momentum in last 9 months; at least in terms of new work initiated and work completed within projects. A project generally consists of multiple works. Till date, out of 99 cities, special purpose vehicles (SPV) for managing the SCM projects are functional in 82 cities.

Let us look at some other statistics related to project implementation:

So, even if number of works initiated has rapidly increased lately; in terms of project completion implementation status is far from satisfactory. This will be starkly evident if we consider only 2 to 3 years are remaining from targeted completion dateline.

Despite ambitious goals and availability of considerable budget, Smart City Mission is not near its completion within stipulated time frame. This is surely understandable from the implementation statistics we have discussed above. Despite huge importance from Central Ministry and Prime Minister’s personal interest in the mission, it has failed to overcome some of the key roadblocks.

No doubt Smart City Mission is one of its kind. Hardly there has been any efforts to implement smart urbanization practices in so many cities in a mission mode. Indian cities are diverse in nature and such diversity itself poses lot of challenge.

Urbanization is a inevitable worldwide. More and more people are moving to cities; their size are expanding rapidly along with demand for civic infrastructure, resources and livelihood. With increase in size it is also becoming more difficult to manage cities efficiently and effectively with legacy tools. So, smart townships and cities are our only hope.

It is also true that none of the city projects are near completion as per the mission plan. Even if we manage to maintain same level of enthusiasm and pro-activeness, witnessed in the last 9 months, it would take another 3-4 years to complete major projects. This is considering everything else falling in line properly, which is an ambitious expectation in India. However, importance of this mission lies also in the overall experience in the implementation process. Too many people around the world are eagerly watching this mission. And this experience will shape future planning of smart cities in India as well as other developing countries in coming days. Hope India will show a constructive way forward to the world in smart management of urban experience in 21st century.