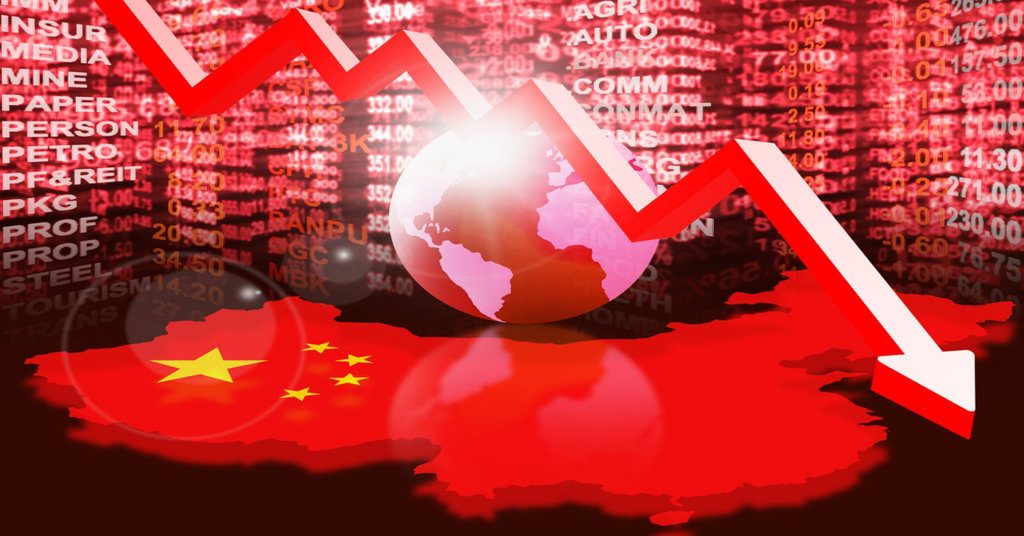 How Far Should You Worry About China’s Economic Slowdown?

In the first week of January’19, China reported its economic downturn, considered to be the lowest in the last 28 years. In the past decade, China was responsible for one third of the global growth. Hence, the increasing economic weakness in the country is bound to fuel tensions in the global economy about a China led global downturn.

China’s economy has grown at a CAGR of 14.29% between 2000 to 2018 (Exhibit -1), which is three times greater than the average GDP of world economy (5.24%) between that same period. The growth rate of Chinese economy registered in 2018 was the lowest since 1990. Undoubtedly, it is a disturbing condition for the economy.

A GDP is widely well accepted figure to measure any country’s economic growth. Though, it always does not reflect about the standard and quality of living of the population, but definitely tells us about how the economy is performing. The fall in GDP is nothing but the effect of the occurrence of a series of political and economic issues which have hit the Chinese economy all together. All these problems are going to be discussed in the upcoming sections.

Before 2015, average economic growth of China was 10% in a year. It remained same for years. In 2015, it reduced to 7.4% (Exhibit -2). The government encouraged to such low growth because of several long-term interests. They wanted to control the extreme fast rate of investment. According to IMF’s report, the share of investment became 48% of China’s GDP, which was far greater than the regular investment rate by the other countries (Exhibit -3). In many of the emerging economies, it is in between 15% and 30%. High investment is important for maintaining a healthy economy, but too much investment on various large-scale projects could be extremely perilous. So, China wanted to curb its growth rate and it directly affect the commodity prices. The lower investment rate reduced the level of production and consumption accordingly. Both these indicators were capable enough to slowdown the economy for a certain time period.

China’s export sector always has been a strong pillar supporting its rapid growth. Between 2001 and 2017, the overall export has grown at a CAGR of 14.31% (Exhibit -4). Greater population of China always have helped them to maintain the availability of labours to the different industries at cheaper cost. It has always been a major reason to produce low cost products in the country which are widely used for export purpose.

Low cost electrical machineries and equipments (e.g. Computer, Phone etc.)  optical, technical, medical apparatus, plastic articles, toys and games, articles of iron & steel etc. are globally popular Chinese exports which helped to earn foreign exchanges over the years. China’s top 10 exports accounted for about two-thirds (67.7%) of the overall value of its global shipments. In 2017, China placed itself as the biggest exporter in the world.

However, in recent times, something different has been observed in the Chinese economy. In 2015, China registered a fall of 15% in its year on year export value. In 2018, China’s exports fell by 4.4% from a year earlier.

Imposition of various ranges of tariffs on multiple Chinese products in US,  China’s initiative towards reducing its investment in the domestic industries, devaluation of Chinese  currencies compared to the US dollars, recovery of the economic conditions in the developed economies after the global economic crisis of 2007 – 2009,  attempt of China for a transition from investment and export driven economy to consumption and service driven economy are the major reasons for such lower growth in its export sector.

Fall in the import sector too..

Along with the export, China’s import also started to shrink dramatically since 2015. In that year, the import sector registered a fall of 14.2% on year on year basis (Exhibit -5). In 2018, the Chinese import sector again saw a shocking fall of 7.6%, which is the biggest decline since July 2016.

The share of the items like Mineral fuels, mineral oils and products of their distillation, Machinery, mechanical appliances, Ores, slag and ash, Pharmaceutical products, Plastics and articles, Organic chemicals etc. in the Chinese imports are quite high. As investment falls, so do the imports of the raw materials and industrial equipment required in the construction of housing, factories roads, bridges, power stations etc. have also fallen thus reducing the import requirements.

The trade relation between US and China is not the same since the announcement of tariff imposition on Steel and Aluminium products by Trump administration on March 1st’18. Due to China’s unfair trade practices, US President Donald Trump signed an order for special tariffs of 25% on imports into the United States of foreign steel, and 10% on aluminium. It was about to cover roughly US$50 to US$200 billion worth of Chinese import to US. China also reciprocated by imposing tariff on a large numbers of US imported products. The overall situation was powerful enough to initiate a trade war between US which has affected China a lot. Since the trade war, the Yuan (Chinese Currency) dropped rapidly (Exhibit -6).

Between April’18 – July’18, the China’s currency fell by 8% against the US dollar. According to the experts, the trade war between these two powerful countries actually are making the dollar stronger and the Yuan weaker. During the initial period of trade war, US dollar index rose by 8.5 % and the yuan fell by 6.1 % against the dollar. It seems that the day is not far, when the exchange rate of Yuan will touch the value 7, which has not occurred in the last 10 years. Yuan actually started to devalue since 1994. Prior to this (between 1990 to 1993) the exchange rate used to lie between the value of 4 to 5 against US dollar.

China’s debt pile of more than $34 trillion is a tremendous threat to the Chinese and global economy. The size of its debt is much greater than its economy. The dollar denominated debt market of the emerging economies is responsible in pushing up the debt pile of these countries. Back in 1990s, these countries started to acquire debt denominated in US dollars by selling bonds to US. It was their initiatives for raising the domestic capital balance for investing in several aspiring projects. At that time, it was fairly risk-free method to start economic activity in these countries as long as their currency values remained stronger compared to the US currency.

According to other sources, a large number of Chinese companies have collected huge levels of US dollar debts in recent years through bond sales in Hong Kong. Borrowing trends of government backed companies from the government-controlled banks in China for investing in several services and political matters, restriction on lending between financial institutions, increase in the borrowing costs over the last few years are major reasons behind such huge debt pile (Exhibit -7).

Fall in the value of Yuan has also triggered the faster capital inflow in the Chinese economy. Now, when the value Yuan is falling against the dollar then it has become more expensive for the companies to repay those debts.

Along with the international demand the domestic orders are also losing the momentum. Firms and several organizations are finding it really difficult to manage huge and long-term production process due to high borrowing costs from the financial institutions.  New orders of exports have also been reduced as an effect of huge tariff imposition on a large number of Chinese products by US.

China has the world’s fastest-growing major economy which has strengthened in the last few decades immensely. With an average growth rate of 10% in the last 30 years, it is now considered as the second largest economy in the world (Exhibit -9). In 2018, the value of its nominal GDP was US$ 13 trillion.  So, any changes in its economic condition will have noticeable impact on the global economy.

Impact of China’s slowdown on India

Is China’s slowdown a planned move??

After nearly three decades of significant growth, China is currently on a way to change its economic model. From an investment and export driven economy it is attempting to become a domestic consumption-driven economy. The transition is definitely affecting the global and Chinese economy both. The real GDP growth rate which used to be between 10% to 14% between 2007 to 2010 fell to 6.6% in 2018.

This slowdown of China can be regarded as planned and also desirable. China’s economy has grown over the years based on its production and export activities. The economic reform for long term growth started in China in seventies. High population has always been a reason for abundant supply of cheap labours. Proper utilization of these resources at cheaper cost has always been a strong base for low cost manufacturing and high profit margins in China. Policies like price liberalization and low value-added labour-intensive exports have been used over the years and the outcome from it has always been fruitful.

Now, the country requires a transition from this to higher value-added production, increasing wages, greater domestic consumption, and improved standard of living for the mass. The country is currently moving towards a growth model which will be tech-driven, and focused on innovation and high value. “Made in China 2025”, the ambitious plan of a technological revolution in China is an example of such transition.

How the world economy will benefit from this kind of Chinese transition is a thing to wait and watch.