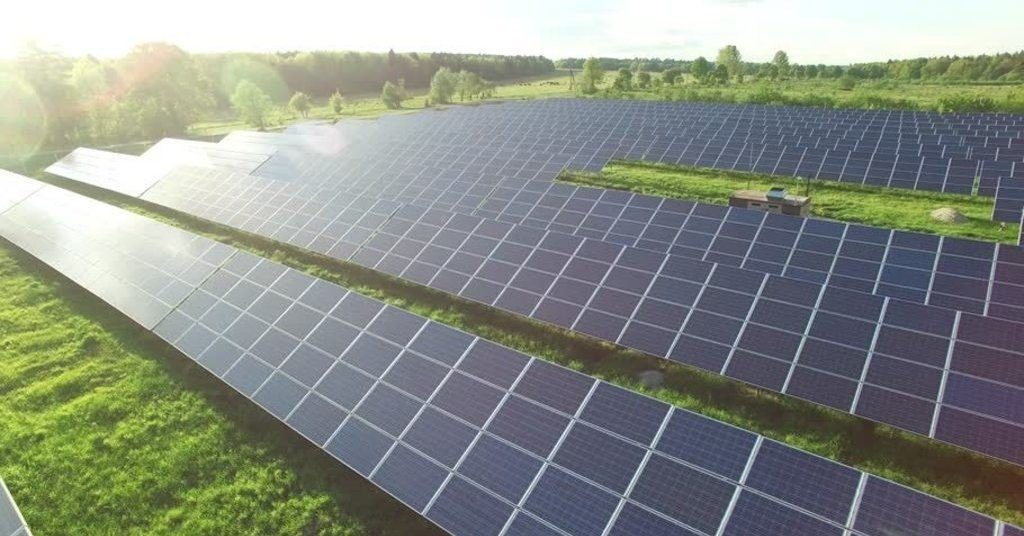 Indian Solar Industry – Did things go as planned in 2018?

Solar power is undoubtedly an eco-friendly source of renewable energy. In 2014, the initiative of “Make in India” was launched with the hope to accelerate the growth in India’s manufacturing sector. Along with this, the agenda of growth in renewable energy generation also came into focus. A target to achieve a total of 100 GW of solar energy generation by 2022 was set.

Why being a top most coal producers in the world, India is still opting for Solar Energy?

• The Paris Climate Change Conference, an international initiative towards climate control process is held every year. The main agenda of its 21st conference which took place on 2015, was to put the world on the right track so that day to day carbon emission gets lowered. Such practice can help to control the global average temperature level by keeping the temperature rise well below 2 Degrees Celsius.
• Production of solar energy is closely connected with this initiative because more than 35% of Greenhouse Gas emissions are caused by the electricity and heat generation.
• India has a major share in the global carbon di oxide emission. Between, 2000 – 2017, the Carbon – di – oxide emission of the country has increased at a CAGR of 5.4% (Exhibit – 2). It is the third largest coal producer in the world. Besides, in 2017, India also became the 2nd largest coal consumer in the world too.

• India’s dependence on coal is huge. Till now, the share of thermal sources for the production of electricity is far greater than the other sources (Exhibit -3).

• It happens because India has its own sources of coal reserves. Trade relation with other countries for importing better quality coal is also strong. Besides, the process of electricity production from coal is quite cheaper compared to other sources. Instead of these, the country still suffers from energy deficiency (Exhibit -4).

Now, if India wants to be an active participant in this eco-friendly initiative, then use of solar energy must be increased over time. India’s total electricity demand is expected to be 235 GW by 2021-22. This requires much faster growth of capacity addition of solar and other sources of renewable energy by 2022.

What is the status of Solar Power production in India till 2018?
The country’s solar installed capacity reached 25 GW as of 31 December 2018. This shows that India has crossed its initial solar capacity target of 20 GW (Exhibit -5).

• After achieving this goal of cumulative installation, a further target of 22.8 GW capacity addition is now under implementation.
• 41 solar parks in 21 states with a capacity of 26 GW have been approved under Solar Parks and Ultra Mega Solar Power Projects scheme.
• Apart from this, 60 GW and 40 GW of solar power are planned to be extracted from the large and medium scale solar projects and rooftop solar projects respectively.
• Compared to the Northern States, the performance of Southern states has been quite remarkable. Karnataka, Telangana, Rajasthan, Andhra Pradesh are among the top 10 states with a share of 62% of in the cumulative capacity installation.
• According to a report, the share of utility scale and the rooftop solar in the overall cumulative installation are 18.4 GW and 1.6 GW respectively.

For example, let’s mention about the case of solar panel installation. 3.3 GW, 1.6 GW and 1.5 GW of solar panel installation took place in the 1st, 2nd and 3rd quarter of 2018 respectively. The figures show a steady decline in the process of panel installation. Besides, the growth was also slower compared to the 2017. The year on year decline rate was of 30% in this case. Based on such performance, the target of the financial year 2018 -19 might also needs to be reduced. The numbers of new projects in the pipeline has also slowed down accordingly.

Reasons behind such slowdown in Indian Solar Industry:

• Safeguard duty: 90% of solar cells and modules are actually imported from China, Malaysia, Taiwan etc. In July 2018, Indian trade ministry imposed 25% duty on imports of solar cells and modules from China for one year. The proposed safeguard duty was also planned to reduce to 20% in the six months and 15% in the next six months. Chinese solar products which India imports are low-priced. It actually was hampering the market for the domestic sellers since many of the times, solar products in the domestic market are found to be highly priced than the Chinese ones. Due to fall in Chinese export, the market structure and growth pattern have fallen down.

• Land acquisition: For the setting up of solar projects, greater portion of land is required. A huge area completely exposed to sunlight is not easily available. For generating 1 GW of solar energy, around 6000 acres of land is required for placing all the solar panels accurately. India is an agrarian economy. Use of a large portion of land for the implementation of solar project may threaten food security in the country. The current land acquisition procedure in India is not that much investment friendly. Most of the lands are pre-occupied. For occupying an agricultural land, consent of 70% farmers are required. In case, if the lands are owned by any private companies, then the percentage of consent is 80%. The process usually takes 2 to 3 years to get completed. The new land acquisition bill is yet to be passed and the existing one is pretty much complex. It makes the implementation of solar projects tougher.
• Solar Tariff:
The initiative of government of India always lies in lowering the tariff of solar power during the time of its auction. So, the eco-friendly source of power can be accessible to people at a reasonable cost. These are the top 5 lowest bid which have been quoted throughout the 2018 in different states of India.

Bigger the project, higher the chance of lower tariff. In India, setting up a whole project for generating solar power is not that easy. From the process of setting up to selling, every stage is expensive. The raw materials, the equipment which are used in the solar energy production process are mostly imported from other countries. India needs to pay a huge import bill for that. This makes the overall solar energy production process expensive and it becomes not always possible for the sellers to keep the tariff rate lower.

• RPO targets: RPO or Renewable Purchase Obligation is an obligation imposed on the power distribution companies or large consumers of power to buy electricity generated from “green” or eco-friendly sources or buy in lieu of that, ‘Renewable Energy Certificates (RECs)’ from the market. RECs promote the sale of green energy from utility companies to power distribution companies (DISCOMs) at a prevailing conventional energy tariff. The government of India has its target to increase the share of renewable energy in the overall electricity generation from the current share of 8% to 19% by 2022 and then to 23% by 2027. In the last four to five years, use of renewable energy for electricity generation has also expanded (Exhibit – 8).

However, most Indian states or the power distribution companies are not meeting the targets. According to a report, all the Indian states have achieved less than 60% of their Renewable Purchase Obligation Targets (Table -2).

Reasons behind not meeting the RPO Targets:

• Lower awareness regarding the solar power among the mass leading to lesser level of demand
• Less developed infrastructure for supplying solar power from DISCOMs to households and industries
• Not so established pricing pattern and solar market
• Higher level of bidding prices many a times due to lesser numbers of participants (E.g. INR 9.30/Unit – 12.4/Unit) etc.
Though there is a process of paying penalty of INR 1 lakh for not purchasing the renewable energy at a certain share in the industry but it is hardly imposed.

The involvement of Chinese imports is quite high in the Indian solar industry. What are the reasons?

The Chinese solar sector is highly subsidized. Subsidization has taken place in land acquisition, price of raw materials, export incentives etc. Along with this, technological advancement in the solar industry has added extra value. Due to a cost effective and technically advanced production process, China can manufacture solar panels and related products at much lower cost. It leads to the availability of solar panels/cells and other products in domestic and international markets at much cheaper prices compared to other countries. About 85% of India’s solar cells come from China.

How it would be possible for India to revive from this situation?

Problems which India generally face in the solar industry area are as follows:

• Establishment of a solar project is highly capital-intensive matter. India does not have the infrastructure to produce the raw materials or other semi-finished goods used widely for manufacturing of solar panels, cells etc.
• Domestic reserve of silicon, creation of silicon ingots and solar wafers from it are hardly possible in this country based on its current industry structure. These are the basic raw materials which are majorly used as conductors and semi-conductors in the solar equipment. It prompts the country to import such products from China, US or different other countries leading to a hike in the overall cost.
• Previously, the country was highly dependent on Chinese products because of its low-price structure. Price of Chinese solar panels or cells are 15% to 20% lower than the Indian ones. It was hampering the growth of domestic producers. However, the Indian project developers found it cost effective to set up projects using those products at fair prices.
• After the imposition of the safeguard duties for protecting the domestic industries, the price of Chinese products became high too. Under such circumstances, the local projects developers or contractors sometimes have to purchase the Chinese products on which 25% of duties are imposed. It is definitely increasing the overall project operation cost leading to a rise in the price of solar power per unit.
• Along with this, the Indian government wants to keep the average tariff rate at INR 3/unit, which does not cover the manufacturing service at all.

• If India wants to compete with China, then huge capital investment with an outlook of not so promising return for a certain time period should be built.
• Fixing the domestic price of solar raw materials and finished and semi-finished products at a lower and subsidized price.
• Implementation of planning for a growing market structure with a smooth availability of raw materials, advanced process of manufacturing and greater accessibility of the final products to the industries and households should be done.
• Awareness among the people regarding the importance of solar power. Exact knowledge among the citizens about the advantages of using green energy can be helpful to create a strong demand base of solar power.
• Strict norms for increasing the sale of solar power among the Discoms and power generating companies, immediate penalty for not following the mandatory rules regarding the production and supply of solar power should be fixed. Active participation of state & central government and different other regulatory bodies is highly required for controlling this.