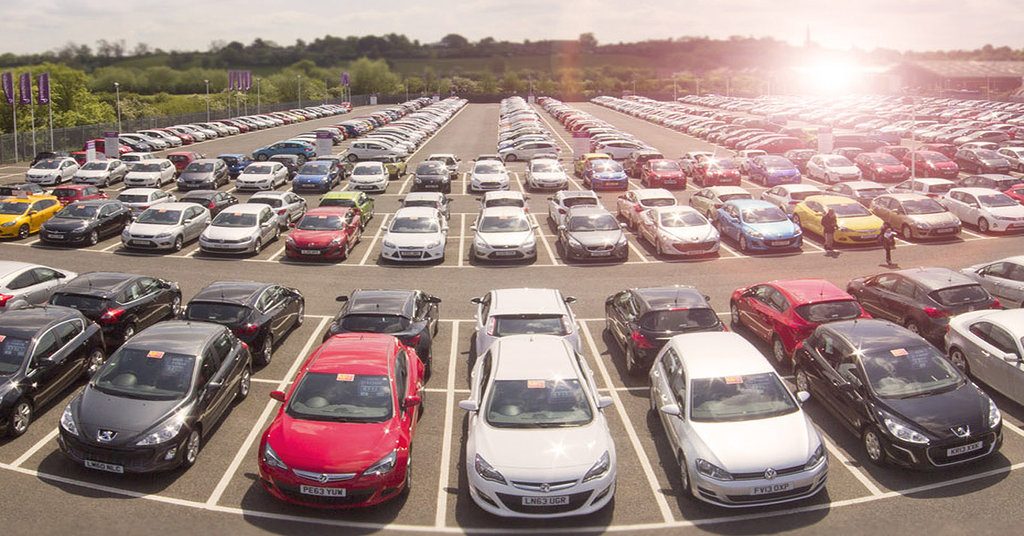 Indian Automobile Industry – Will it face a short run slowdown?

The Indian automobile industry is considered as one of the potential contenders in the global auto market. It has witnessed a remarkable growth in the last few years by doubling its profit. In 2017, India outpaced Germany from its 4th position in the global automobile market, with a growth of 9.5% in the sales.  The sale of more than 4 million units of passenger and commercial vehicle took place in 2017. It is expected that India will continue to expand more and is likely to beat Japan by 2022 from its 3rd position in the global auto market. Between FY2017 to FY2018, the Indian automobile industry registered a growth of 14.78%. The total production of vehicles in the FY2018 was more than 29 million as against 25 million of the previous financial year. It included the production of Passenger Vehicles, Commercial Vehicles, Three Wheelers, Two Wheelers and Quadricycle.

India holds a strong position in the international heavy vehicles market as it is the largest tractor manufacturer, second largest bus manufacturer and third largest heavy trucks manufacturer in the world. The total vehicle sales in India during FY 2018 grew by 9.2 per cent with total sales of 4.02 million units. The market witnessed a major surge in the domestic sales of automobiles in all segments. The sale of passenger vehicle, commercial vehicle, three wheelers and two wheelers grew by 7.89%, 19.94%, 24.19%, 14.80% respectively compared to the same period of FY2017.

It is also being predicted that if the Indian automotive market keeps getting expanded at around 10-15 % then the market revenue will touch the value of $16.5 billion by 2022. The industry has attracted Foreign Direct Investment (FDI) worth US$ 19.29 billion during the period April 2000 to June 2018.

Reasons behind such a huge growth in the automobile industry –

Rapid urbanizations, growing income level and increasing spending capacity of the consumers, increased product awareness, evolving expectation, demand for personalised products have changed the ecosystem of automotive market. The growing urbanizations led to jobs growth and migration of people (Exhibit 2). Establishment of MNCs, expansion of local businesses, multiple sources and choices of earnings to the masses have also changed the way and the standard of their livings over the years (Exhibit 3). Between 2007 -18, the per capita income of India has increased at a CAGR of 5.9%. It has influenced the households to grab a huge share in the automotive market as a consuming class.

II.Increasing sale of two-wheelers across the nation:

With the increasing income, the lifestyles of people have not only changed in the cities but also in the rural areas. Mini cars and hatchback are much preferred by the urban population, similarly two wheelers like scooter is highly popular among the rural consumers. Preference of scooters over other vehicles has increased over the last few years due to high fuel efficiency, higher resistance to wheel-base to ride over poor roads, reliable service, a good source for lesser dependence on crowded public transport among the rural consumers (Exhibit 4).Growing interest towards the two wheelers like Scooters and Bikes have automatically increased the production volume and sales figure of the overall automobile industry (Exhibit 5).

The Indian automobile industry contributes more than 7 % to India’s GDP (Exhibit 6 -I).  It has also been predicted by the Automotive Mission Plan 2016–26 that the share of it going to be more than 12% in the coming decade. The domestic sales of the auto industry have expanded at a CAGR of 7.01% between FY13 – FY18 (Exhibit 6 – III). Not only that, the export sector has also shifted upward in the last few years. Over the years, India has created a strong base in the global vehicle market. In FY2018, 14% of the overall production of automobiles have been exported to foreign countries. The automobiles exports have grown at a CAGR of 6.9% between FY13 – FY18 (Exhibit 6 -II). A glimpse of such progresses is visible in the following charts.

The road network of the country has evolved and developed immensely over the years. The length of Indian road network has expanded over 5.5 million kilometre till the FY2018. On average, 27.5 km of highways were constructed every day in FY18. This infrastructural growth is a driver for growth in the auto industry. The new expressways, highways, flyovers etc. are easily connecting the airports, railway stations, ports, all the cities, urban, semi urban, rural, semi-rural areas to many other remote parts of the country. This is influencing the sale of vehicles positively.

V.Government’s initiatives to make India as the export hub for automobiles:

Various factors like availability of skilled work force at cheaper cost, competitive manufacturing cost, reduction in GST in the overall auto industry, an initiative towards the lesser emission of carbon from the vehicles can drive India to become the export hub for automobiles. India exports its products to many leading foreign companies. Still, government aims to export the automobiles and spare parts to at least 130 countries across the globe with a special focus to the countries in Africa and Latin America. According to Government’s Automotive Mission Plan 2016-26, the target of India is to manufacture 13 million passenger vehicles, 3.9 million commercial vehicles and 55 million two wheelers by 2026.

Though the Indian automobile industry has achieved a lot, still some factors also warn about a deceleration of this sector in the upcoming phase.Until the 1st quarter of FY2019 the sector was having a growth of near about 15%-20% on an average. After that, the industry started to face a slow, continuous and unavoidable downturn. A glimpse of such slowdown is visible in the following chart (Exhibit 7).

What are the reasons for which a flourishing industry started to face a slowdown?

I. Continuous rise in fuel prices:

In November 2016, the OPEC decided to cut down oil production for the first time since 2008. It confirmed to secure a cut in its oil production from 33.8 million barrels/day to 32.5 million barrels/day. This particular step was taken to boost the oil price. In June, 2017, the price was $44.20 and after this, as an effect of the decision of OPEC to cut the oil production, the price started rising. The average global oil price touched the value of $76.73/barrel in October’18.

The rising fuel prices are negatively affecting the buyers’ sentiment since it will increase the overall maintenance cost of the vehicles and the expenses of vehicle ownership. In the first two months of the 1st quarter of FY19, the passenger vehicle sales reduced by 2.58% on an average.

After a long time, for controlling several economic issues of the country, RBI increased the lending rates in different segments. Hence, the lending rate of auto loan also got inched up. With two back to back rate increases in the 1st and 2nd quarter of FY19, the repo rate at which banks borrow money from RBI became 6.5% from 6%. The Weighted Average Rate of Lending also increased from 10.33 % to 10.35% accordingly in the last few months (Exhibit 9 -I). Most of the consumers always prefer to opt for auto loan while purchasing the automobiles for balancing their regular budgetary issues. The rising interest rate will increase the EMIs (Equated Monthly Installment) for auto loan and the overall cost of purchasing a car resulting a fall in demand for the automobiles by the buyers.

Having a bike or car started to become costlier for the owners as because the Insurance Regulatory and Development Authority of India (IRDAI) initiated two new sets of rules in the sector vehicle insurance. It has made the overall maintenance cost of the two wheelers and cars more expensive. Since September’18, it has become mandatory for the buyers of new cars and two-wheelers for purchasing upfront insurance cover for at least three and five years, respectively. The system has been made compulsory, because after a few years when the vehicles start to get old, then the users prefer to skip paying the insurance premium for it. It has also been recorded that 55% of all the vehicles are not being covered by insurance after a year. Hence, the overall system has modified it into a long-term payment.

The insurance premiums have risen 2.86-3.08 times for the new cars and 2.45-5.61 for the two wheelers since Sept’18 (Exhibit 10). The new rates have been imposed on all purchased new cars and bikes between the period of Sept’18 to March’19. After this, the rates are expected to be revised based on the claims. It has influenced people to drop their planning of purchasing car/bike for a specific time. Between Sept’18 to Nov’18, the market has experienced a decline of 10% -15% in the automobile sales.

IV. Rise in the Prices of Imported & Domestic Automobiles:

Consumption of  the imported cars has also been dropped in the last few months in India. The imposition of custom duties on the import of motor vehicles, motor cars, motor cycles have increased from 10% to 15% in FY 2019. The duty has also increased from 7.5 % to 15% on the imports of specified parts/accessories of motor vehicles, motor cars, motor cycles. The huge interest of Indians towards the foreign cars is irrefutable. Between 2010 -2018, the import value of automobiles and several parts of it has increased at a CAGR of 11.25% (Exhibit 11).

The price level has also risen for the domestic vehicles. Maruti Suzuki has increased its car prices twice in 2018. On Jan’18, it announced a price hike ranging from INR 1,700 to 17,000 on the ex-showroom Delhi prices across models. Again, it increased the car prices up to INR 6,100 in the same way in Aug’18. Honda cars also announced the price hike of up to INR 31,000 across its model range. Mahindra, Ford India, Tata motor made same kind of announcement in the 2nd and 3rd quarter of FY2019. As an effect, 2% hike of car prices took place on an average. Rise in the prices of commodities, primary goods, production procedure, distribution cost and adverse foreign exchange are the reasons behind such hike in domestic automobile price.

Monsoon, be it less or heavy, affects the economy of India immensely. Kerala was affected by one of the worst floods in the century in 2018. It caused severe damages to the whole State. A poor monsoon affects the growth of car market. It decreases the demand of two and three wheelers across the different regions. Kerala accounts for 8% of the Passenger Vehicle sales in the country which dropped down completely during that period. The festive season of India accounts 30% of its automobile sales which reduced pretty much due to such natural disasters in Kerala and several other parts of the country.The domestic passenger vehicles sales dipped by 2.71% in July’18.

How the auto industry can be revived from this tension?

India has witnessed an impressive growth of its automobile industry in the last few years. Based on its growth figure, improved economic activity, increasing disposable income, rising GDP figures, it can be said that the auto sector is likely to remain stable in the remaining period of this fiscal year barring the short-term slowdown.

Several retaliatory measures have emerged in this fiscal year as discussed above, leading to such slowdown. It can be predicted that due to such issues and several other regulatory norms the production and sale of the passenger and commercial vehicles might be curtailed. Still, the growing nature of the industry in the last few years also assures a quick recovery.