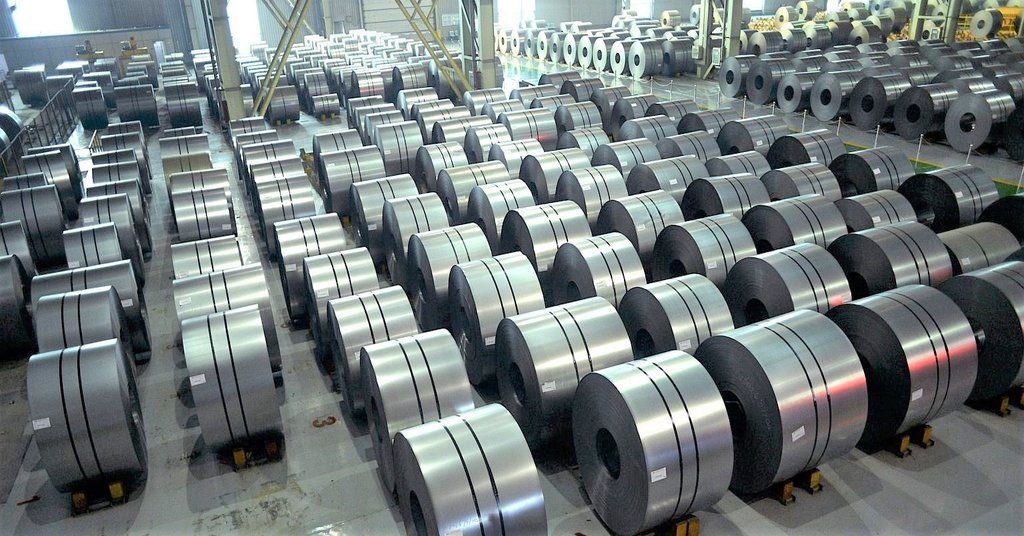 India is the third largest producer of steel in the world. Being a core sector, it controls the economic growth of the country immensely. The data of per capita consumption of steel is used to create crucial index for measuring the socio-economic development of the country.

What is the status of Indian Steel Industry in the International trading platform?

Though the status of Indian steel industry in the global and domestic market seems to be progressive still it is facing the huge burden of bad loans. Till June’18, the gross NPA of the Indian banking sector was Rs. 10+ lakh Crore and the share of steel industry in it was near about 10%.

So, how the steel industry in India actually became stressed? What are the reasons behind it?

I. Low Commodity Prices: Along with the fall in the crude oil prices for its excess supply, price of other commodities also started to shift downward in 2015. Slow growth in China was a major factor for lower price of steel and other commodities (Exhibit -4).

Before 2015, average growth of China used to be 10% in a year. It remained same for years. In 2015, it reduced to 7.4%. The government encouraged to such low growth because of several long-term interests. They wanted to control the extreme fast rate of investment. According to IMF’s report, the share of investment became 48% of China’s GDP, which was far greater than the regular investment rate by the other countries. In many of the emerging economies, it used to stay between 15 – 30%. High investment is important for maintaining a healthy economy, but too much investment on various large-scale projects could be extremely perilous. So, China wanted to curb it growth rate and it directly affected the commodity prices.

The lower investment rate reduced the level of production and the consumption accordingly (Exhibit -5).  Being a big nation, China’s economy was strong enough to hit the global commodity prices. The falling prices reduce the profit margins of the steel producers everywhere and India was also one of them.

II. Cheap Imports: Just like the other countries, India have always been affected by the huge imports of from China. Chinese production of steel and steel products are generally 25% – 30% of its domestic production. So, they always try to export this excess amount to India, where its demand is quite high due to the low price. It definitely hampers the profit margins of the domestic producers of India.

III. Global overcapacity: Being an emerging economy, India has always managed to attract other countries for trading purpose. It encouraged many countries to export their excess produced steel & steel products to India. Most of the times, the imported steel products are found to be of better quality or available in cheaper prices than the domestic ones. Hence, the domestic producers were bound to lower their prices, which reduced their benefits from the steel industry. It is essential for the domestic producers to improve the quality of the products, decrease the cost of production for sustaining in the competition of global market and for increasing the amount of profit.

IV. Power Problems: India has been facing a huge problem of power scarcity since a long time. Lesser availability of coal and best quality raw materials domestically, higher cost for imported raw materials, lower generation of power from renewable sources and many other factors have created a difficult situation. These all things made many power companies close down operations temporarily or permanently resulting in a huge drop in the power production.

The non – stop supply of power is highly required in the steel production starting from its very first stage. Mining of iron ore from the ground, smelting in blast furnace, mixing of carbon, coke, limestone and other required components require power. So, the reduction in its supply is enough to influence the production of overall steel industry.

Recently, India has imposed an anti-dumping duty amounting up to $185.51 per tonne on multiple types of cheap imports (Alloy bars and rods in straight length, surface machined, polished, bright bar etc.) from China and other countries for a period of 5 years.  Otherwise, it has also been proposed to raise the import duty on some steel products to 15 % from the existing rates ranging from 5 to 12.5%.

Though it has been a favourable step for the domestic steel industry, but the matter of concern is India’s wide dependence on its export sector. The countries, whose products have been subjected to this tax in India can also impose duties on the imported Indian products to their countries. It may cause the increase in the trade deficit of India (Exhibit – 10) and sometimes also be the reason behind the emergence of any trade war.

Otherwise, in recent times, the domestic manufacturers are likely to have a demand growth from the internal automotive, manufacturing, infrastructure and railways sectors. The country has a target of reaching the steel producing capacity of 150 million tonnes by 2020. This will raise the demand of raw materials for steel production in India. So, If the importing countries find it not that much profitable, or if they face loss after exporting steel products, then eventually the proportion of imported products to India, especially the raw materials will reduce. Hence, it will affect the domestic steel production of India.

VI. Inferior quality of raw materials: The availability of coal, iron ore and several other raw materials are quite scarce in India. For producing the best quality steel products, presence of high quality of raw materials is equally important. For this, India is dependent upon the countries like Australia, China, South Korea and many more. Over the years, the amount invested in import of the raw materials like coking coal has increased at a CAGR 9.7% (Exhibit -10). In case of limestone, the CAGR is 11%. The overall import procedure raises the production cost of steel industry.

VII. Delay in the project implementation: Iron & steel sector is one of the pillars of economic growth in any country. The best quality of raw materials, advanced technology are always essentials for the production of high-quality steel products. Furthermore, the finished steel items can be widely used in the construction, infrastructure, railway and also in many other sectors. As discussed previously, in India the availability of the primary goods is rare. It diverts the country to invest heavily on the imported products for the steel sector. Such huge investment in imports push up the production cost leading to budget deficit.

Greater amount of investment in the imported raw materials, stressed condition of various steel companies has ceased the production of steel in many factories causing shortage of steel as raw material for other upstream industries. Moreover, complex land acquisition process in India also makes it difficult sometimes for the companies to acquire land for setting up any production units for steel sector. Several other regulatory hurdles like grant of mineral concession, environmental related clearances are also the ones which delay the project implementation. This delay ultimately increases the cost.

The mentioned factors are quite influential to broaden the loss figure of the steel companies which ultimately increases the amount of bad loans. The country is suffering from a huge problem of NPA burden and the contribution of steel sector in that case is undeniable. According to a report, lending to the steel industry caused 1/10 of the overall bad loans. In fact, it is also believed that the cash costs of Indian steel companies were higher than the steel prices in China. It proves, that the industry would also make losses even if they have no interest costs to pay.

Is the steel sector currently reviving?

After the formation of Indian Bankruptcy Code (IBC) 2016 and NCLT (National Company Law Tribunal), for dealing with the problems of bad loans, bankruptcy cases, many of the cases of the steel industries got admitted in NCLT. The Indian steel industry is considered the largest contributor to the banking system’s overall non-performing assets (NPAs). The top five steel companies which have been seen to hav ethe maximum NPA problems are Essar Steel, Monnet Ispat, Bhushan Steel, Electrosteel Steels and JSPL. The aggregate debt of these top five entities were Rs 1,48,290 crore in the FY 2017. According to sources, ministries like Finance, Steel and PMO joined together to solve the problem of NPA for clearing the major roadblock for the banking sector to lend out.

According to an updated report, under the law of IBC and through the implementation of various insolvency proceedings at NCLT and NCLAT, over ₹80,000 crore was recovered in 2018 from various corporate debtors, which had defaulted payments. Big Corporate houses of steel industry like ArcelorMittal, Tata Steel were among the leading organizations which had submitted their resolution plans for acquiring the debt-ridden firms.

Tata Steel’s successful acquisition of Bhushan Steel was one of India’s biggest bankruptcies taken to the National Company Law Tribunal (NCLT). Apart from this, the resolution plans of Vedanta Limited and JSW Steel and Aion Capital for acquiring Electrosteel Steels Ltd. and Monnet Ispat & Energy Ltd. also got sanctioned by NCLT in 2018.  Till July’18, the percentage of recovery from the 9 cases of Iron & Steel industry was around 52%.

Steel is a crucial factor for the economic growth. The factors which are responsible to create any disruption in the sector should be controlled strictly. Some of our recommendations are: