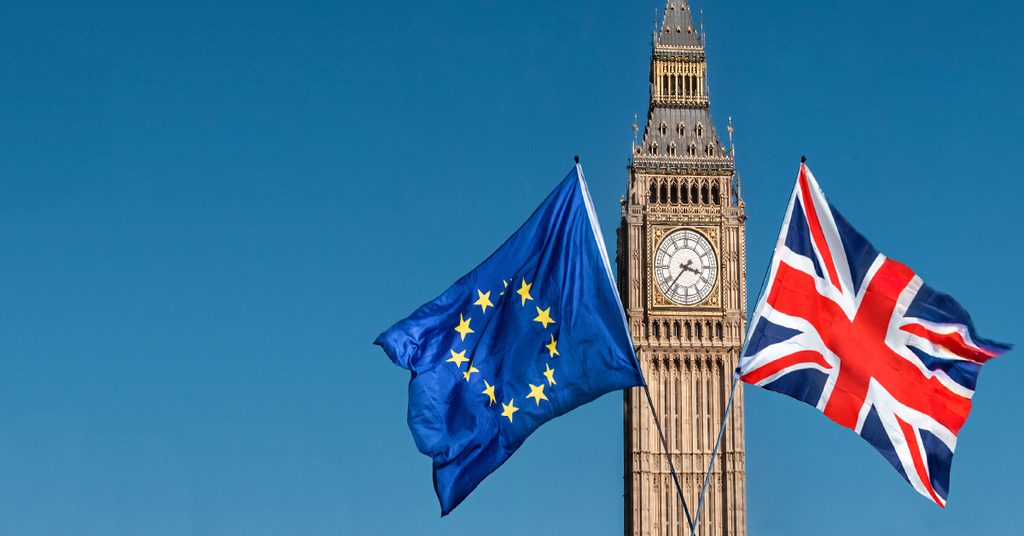 Is UK moving towards a “No Deal Brexit”?

The full form of Brexit is “British Exit”, considering the United Kingdom’s decision based on a referendum which took place on 23rd June, 2016 to leave the European Union (EU).

Why is it called Brexit when United Kingdom (UK) is actually leaving European Union (EU)?

Why did it happen? Why Britain wanted to opt out from European Union?

UK is the first nation to come out from the European Union with the help of its citizens’ votes. European Union is the group of 28 nations. 19 countries among them has formed a monetary union named Eurozone adopting the use of Euro as common currency. The remaining 9 countries use their own national currencies. Besides, 22 out of these 28 countries also creates a space called Schengen Area. It facilitates the citizens of the participating nations to travel freely across that mentioned territory.

A public vote, also known as referendum took place on 23rd June, 2016 asking the citizens whether they want to stay in European Union or “Leave”. The result of this vote was a victory of the “Leave” campaign with 51.9% of the vote in favour of the United Kingdom to leave European Union. Such referendums are legally not binding, so the results of it can easily be ignored. However, in this case, the result is being followed as of now because UK does not wish to ignore the decisions of their citizens.

A multiple reason could be behind this historical movement. Some of the them are as follows:

There has always been an uncomfortable parliamentary connection between UK and EU. UK joined the European Union in 1973. Many of the laws and jurisdictions of EU had not been suitable for the British government. According to a report, the top 100 EU regulations used to cost the UK economy £33.3 billion per year. Besides, the contribution of UK to EU over the years also increased massively. The net contribution of UK to EU budget rose at a CAGR of 5.7% between 2000 to 2016 (Exhibit 1).

The effective UK autonomy wanted to have De jure sovereignty (legally controlling any territory) instead of De facto autonomy (acting as the controller without the sole power) in their country. They wanted to get associated with diversified range of economic, social, and cultural interactions across the globe without waiting to be agreed by EU. Hence, a complete sovereignty without the interference of any external sources was highly required.

Immigration is one of the most important factors for which UK people are believed to vote for Brexit. Doing the job in other country is not something regular like doing in the native place. Before Brexit, a large numbers of EU nationals used to move to UK for a job. Free movement across the whole EU region led to easy accessibility of UK labour market for EU citizens. Absence of troubles related to visa policies, better job opportunities, earning scopes at comparatively higher currencies, language flexibility etc. had been the major reasons of growing migration from EU to UK.

Between 2000 to 2016, the EU migrants in UK had increased at a CAGR of 6.45% whereas the Non- EU ones grew at a CAGR of 3.5% (Exhibit 2). The greater numbers of people from European Union made UK more European. The rising migration triggered population growth in UK leading to lesser job opportunities for the residents. It used to absorb the unskilled job and was also responsible for lowering the wages for native citizens of UK.

UK is a leading export market for the EU countries. Germany, France, Netherlands, Ireland, Belgium etc. have large exposures in UK market. All the EU member countries have the facility of free trade across the EU region. It means no types of tax or tariff is imposed if any of the EU countries sell its products to the other countries of EU. It was a favourable part for UK too, but UK’s amount of trade deficit also rose due to this.  Between 2001 to 2016, the trade deficit of UK with the other 27 countries of EU or EU27 grew at a CAGR of 8.26%.

Besides, the UK also used to get affected by Chinese imports. In UK, the Chinese import value increased at a CAGR of 9% between 2001 to 2016. It was a huge shock for the domestic job market and also in various industries like textile or electronic goods. Being a part of EU, it was not easy to reduce the Chinese import shock in UK on immediate basis.  It is believed that a major reason for Brexit was an appeal to national self-sufficiency to control business environment and urge to protectionism. UK wanted to manage their trade activities through single market operation. It wanted to break away from EU’s prohibition and preferred to explore different types of trade connections with other nations.

What has been happening since the announcement of Brexit?

The status can better be understood by checking the timeline of Brexit related incidents since 2015. Some of the significant days for the Brexit process till March 2019 are as follows:

Once the referendum results of Brexit came out in June, 2016, then a series of political events took place which made the exit process more complicated. The current status is that the Brexit has not yet taken place which was about to happen on 29th March’19.

Now, the question arises,”Was the two-year timeline not enough for UK to accomplish all the procedures and legal activities related to Brexit??”

The process has been delayed because nothing has been clearly finalised from UK till now. Prime Minister Theresa May is still unable to achieve the approval from majority of the Members of Parliament or MPs regarding the Brexit Agreement.

What is the Brexit Agreement? Which kind of clauses it has?

The Brexit withdrawal agreement is a proposed deal between the United Kingdom and the European Union on how to implement Brexit.  It has been rejected thrice by the UK MPs.

The draft of the Brexit agreement explains about how the UK leaves EU. Some of the crucial points of the agreement includes:

Which points of the agreement are creating dilemma?

The actual leaving process is more complicated than the Leave campaign which used to take place before Brexit. UK residents believed to experience a smooth transition process during Brexit. To them the process of Brexit implied a situation where UK will have their own laws, regulations, treaties, trade agreements and several other rules for controlling their country and here the problem started. Now, all the individuals of the regulatory bodies are not getting agreed on numerous issues of the withdrawal agreement. Some of the issues are as follows:

What is the status of Brexit now?

After a series of hectic initiatives, Brexit is still unclear. Any common approval from the MPs for Brexit deal will be the first step towards its implementation. If the deal would have got approved on March 29, 2019 then there was a chance for UK to enter in its transition period lasting from March 30, 2019 until 31 December 2020. The period also had the flexibility to get expanded up to one to two years if both UK and EU agree.

What could be the features of this transition period if it happens?

The idea of transition period is basically having some time to accomplish all the formalities and get accustomed to exercise the laws and other operations in the transforming environment. The period is also known as implementation period. Till now, some of the terms and conditions which have been finalised from both the EU and UK are as follows:

However, rejection of the bill on 29th March’19 again has changed the overall scenario.  If no withdrawal agreement gets approved by the MPs of UK Parliament then “No Deal Brexit” will happen.

What is “No Deal Brexit”?

“No Deal Brexit “states a situation when UK will leave EU without any agreement and it will make the future economic and political connections of both the parties highly questionable. UK will not get the chance to have a transition period if it happens.

What would happen if “No Deal Brexit” happens?

What is the possibility of “No Deal Brexit” to happen?

Just like the different other factors of Brexit, this idea is also unclear. EU leaders have granted UK to finalise their Brexit till 31 October, 2019. If UK becomes successful to get the approval of its MPs, then Brexit will happen with proper deal and the transition period will also take place. If no approval is received till that time, then a “No Deal Brexit” might happen.