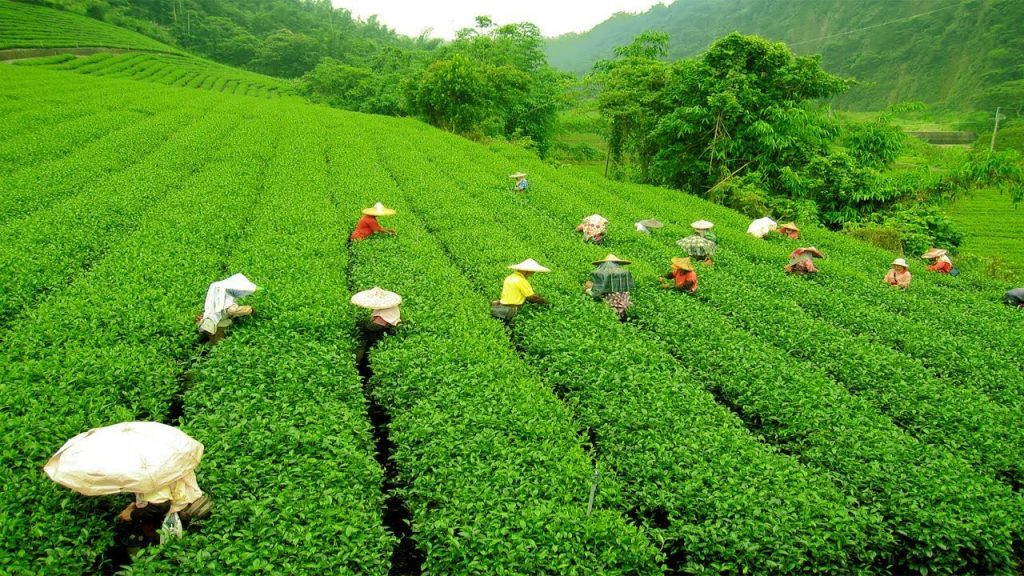 The Global Scenario of Tea Market:

What is the status of tea production across the country?

As mentioned earlier, India accounts for a significant portion in the global tea production. Between 2010 to 2018, the tea production and consumption rate have increased at a CAGR of 4.17% and 2.94% respectively in India. Still compared to the previous year, the industry has experienced a slight falling trend in 2018 and 2019. Based on its Y-o-Y (Year – on – Year) growth, the rate of production which was 8.28% in 2011 has fallen to 1.29% in 2018. The fall has also been witnessed in tea consumption section too.

Has it affected the revenue of the tea market?

Why the revenue earning rate has reduced in the recent years?

Protests have already been seen in almost all the major tea producing states like Assam, West Bengal with the demand of rising the wages. In April 2018, the Supreme Court of India granted some relief to the tea garden workers in Assam, Kerala, Tamil Nadu and West Bengal but despite the court orders, the workers seem to remain in confusion.

Apart from these all costs, the expenses on fertilisers, gas, coal etc have also grown in the last few years, leading the overall production cost of the tea industry.

Tea has always been the most preferred drink for Indian households since ages.  About 81% of the produced tea in India is consumed domestically. However, in recent times, along with the growing production, the consumption does not seem to have risen at all. According to a recent study, it has been recorded that the current per capita consumption is 786 gram/person/annum compared to the 1 kg/person/annum at global level. In recent times, the consumers seem to prefer the different varieties of tea like Green tea, lemon tea etc. along with all-time favourite black tea and milk tea.   Still it is believed increasing numbers of coffee drinkers specially between the age group of 15 – 35 years can be slightly responsible for the reducing preference towards tea.

In India, tea is sold through auction centres where the buyers are generally the private stockists who sell loose tea or large players who further process the tea and sell it in the branded packaged form. The auction prices of tea are said to be stagnated for some time now in India. Between, Sept’14 to Sept’19, the average price of tea has increased at a CAGR of only 3.02%. the average auction price seems to roam majorly around INR 130/Kg to INR 160/Kg. In a few cases, price also fell below INR 90/Kg in that mentioned time period.

While production of tea has been growing over the years, both the consumption and exports have not grown in that pace. It has resulted oversupply of tea in the market and stocks causing the price to be pulled down. In the first six months of 2019, the tea production, in the overall North India seemed to be up nearly by 9% compared to the same time period of the previous year. Hence, the reduced price of tea seems inevitable. However, the lower tea production rate in South India, has helped to keep the tea prices firm during the first quarter of FY20 and increased by around ₹10 a kg during the period.

Which types of tea generally dominate the Indian market?

The whole leaf teas are known as Orthodox teas. The CTC teas are manufactured through the Crush, Tear and Curl process which transform the whole leaf tea into the granular leaf particle. The dusts from the CTC manufacturing procedure are also sold in the market. This orthodox type of tea is generally found to be expensive compared to the CTC ones. The orthodox tea from Assam can be priced as INR 500/kg which is almost twice the price of CTC tea. In recent times, the increasing tenacity towards a healthy lifestyle, has made the Green tea highly desirable especially among the urban mass.

What is the performance of tea trade at the global platform?

The Indian tea industry is more than 150 years old. India is one of the top ten tea exporters in the world. Due to its finest quality, Indian tea is globally recognized and preferred by the significant numbers of people worldwide.

Which types of tea are generally exported by India?

Fine quality and lower price have made the Indian tea highly desirable among the versatile consumer groups worldwide. The supreme quality of Orthodox black tea has always worked as a game changer in the Indian export activities.

In India, between 2010 to 2018, the import and export value of tea have increased at a CAGR of 11.56% and 5.74% respectively. Instead of having a huge production, the export of tea has fallen slightly recently. The tea export quantity which was 251.91 Kg in 2017 fell to 249.11 Kg in 2018 in India. When the internal market is already suffering from various issues, then the increases in export can act as a relief to the tea producers. However, in the global market, India is facing tough competition from the African Tea.

The expansion of these teas in United Kingdom, Pakistan and European Union have been quite significant in recent times. The falling tea prices of Kenya and Uganda by 22% and 36% respectively have made the prices of their teas in the international market much lower than India. Now, when Indian tea market is already suffering from high production cost, then putting their tea prices lower than African teas will broaden the loss figures. Due to increasing exports of African tea, export of Indian teas has declined in United Kingdom, Pakistan and European Union by 35.43%, 31.16% and 5% respectively.

The tea exporting countries to India are the ones which export varieties of teas to India.

The tea importing countries are the ones to which India exports their teas.

The growth of Indian tea industry has always been remarkable and based on its current performance, the market is expected to grow further in near future. However, increasing disturbance and anxiety among the workers for the wage related issues in the recent years have affected the production and revenue generation in many parts of the country. Under such circumstances, the Indian Tea Association has been seen to be requesting to the government to handle the rising costs, stagnated prices, take over the Provident Fund (PF) contribution of workers for three years. They believe, these are the few things which can provide relief to the industry if taken over by the state governments.